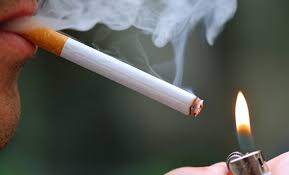 Flin Flon City Council has proposed a bylaw banning smoking in business areas. The proposed bylaw states smoking is prohibited in the following public places within the City of Flin Flon: on the street, sidewalk or road allowance located on or adjoining Flin Flon’s Main Street and within 15 feet of the front doorway of any commercial establishment which employs more than two employees at any one time.

Council has submitted the proposal to the Flin Flon and District Chamber of Commerce for input before presenting it at a Council meeting for approval.

At last nights meeting Mayor Cal Huntley said the idea of the bylaw is part of the community Clean and Green Campaign keeping smoking litter off the streets as well as the health effects of smoking and the effects of second hand smoke on people passing by.