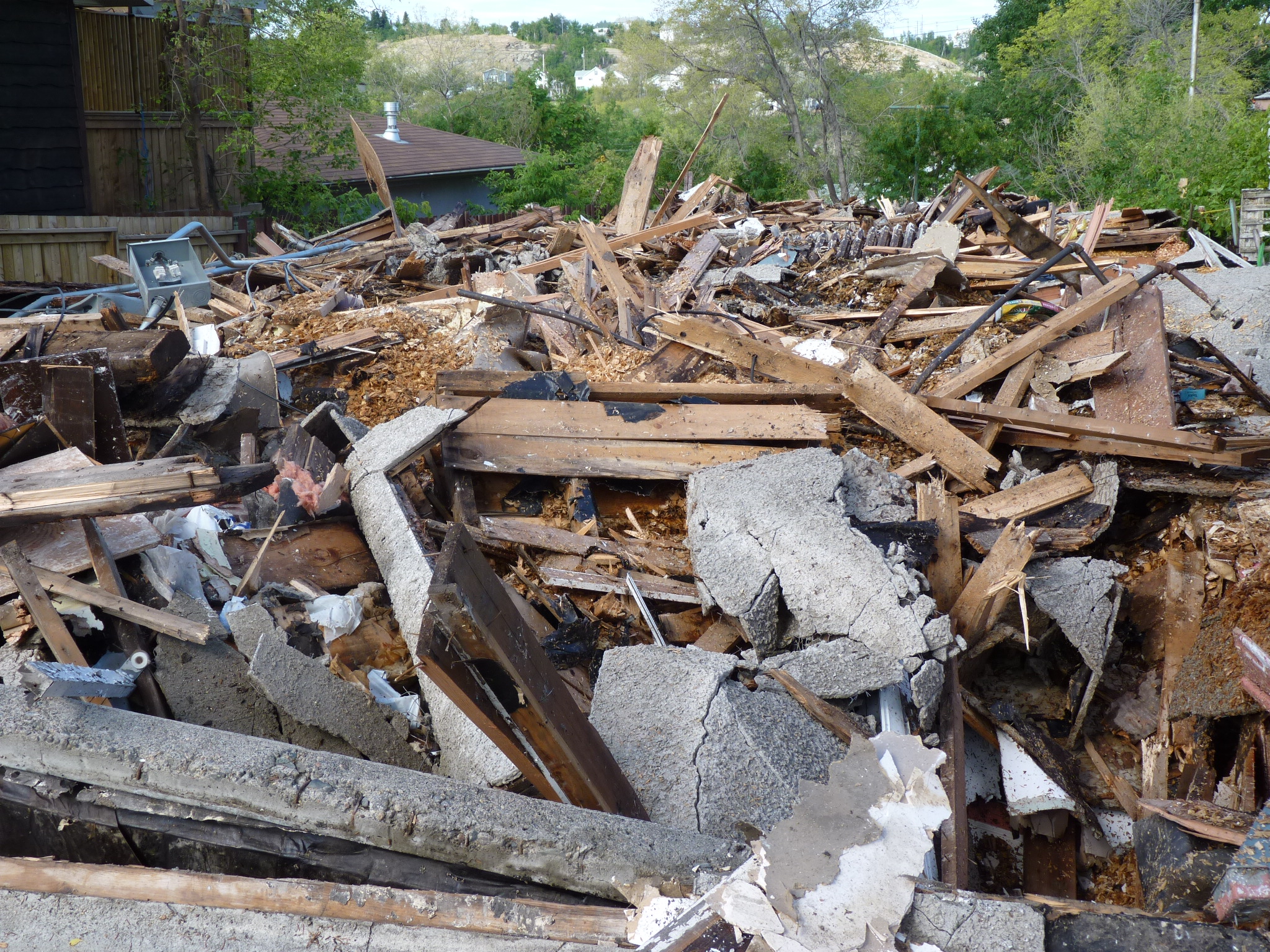 The Flin Flon Fire Department was called to a two story four apartment building at 110 Tweedsmuir Street Saturday night.  Fire Chief Chad Cooper reports upon arrival they found smoke and flames coming from the rear roof area.  They did a quick search of the building and because of the danger of the roof collapsing moved outside and went on the defensive.  Only one of the five occupants of the building was home at the time and escaped safely.

Cooper says the apartment was built in the 1940’s and has had several additions, a tar roof and wood chip insulation which made it a difficult fire to fight.  After three hours of continuous water with no affect he says equipment was called in to demolish the building to get access to the fire.

The fire fighters were able to prevent any damage to homes on both sides of the apartment building.  They are still looking into the cause of the fire but it is not considered suspicious.