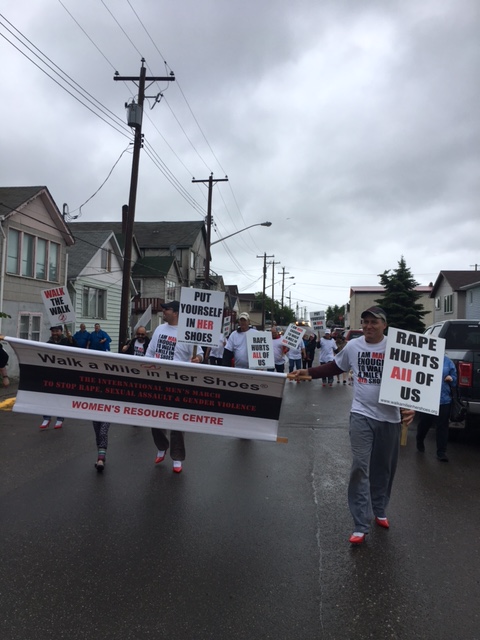 The Women’s Resource Center held another successful fund raising event called Walk a Mile in Her Shoes.  Male volunteers collected pledges and then walked in red high heels.  Executive Director Colleen Arnold says it raises awareness on violence against women and girls as well as money.  She says they had 16 men who persisted through the rain and the winner of the trophy was the union IAM with Rene Beauchamp and Mr.Pelly who raised 37 hundred dollars.  She adds they made just over 8 thousand dollars and they had many local businesses who sponsored prizes for the men.

The money raised will support the Women’s Safe Haven.