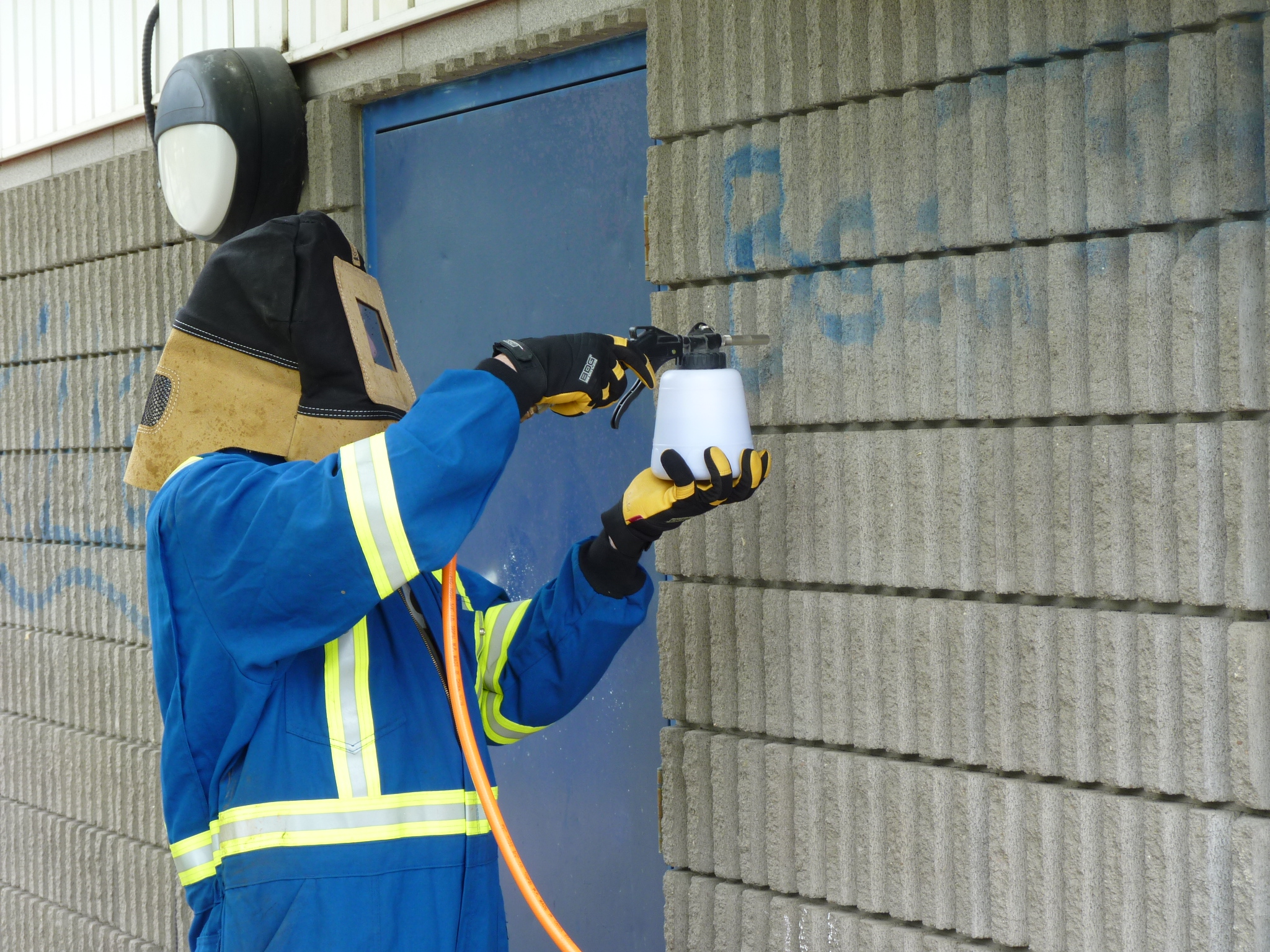 Members of Flin Flon’s Citizens on Patrol Program began the removal of graffiti from the Rotary Park building Sunday.  Their Chairperson Sinclair James says for a clean up for the Homecoming they’re going to try to do some sandblasting on the Rotary Park building.  He says they were trying it out Sunday and it worked pretty good but they found with the humidity in the air its clogging up the line a bit.  He added they’re also going to start working on the hundred stairs project and they already have the stain and brushes for that and will start cleaning the graffiti off the rails and hopefully make it look good for the Homecoming.

James adds they will need some help painting the stairs and will put the word out when they are ready to start.