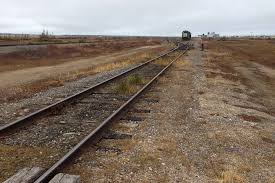 The NDP is calling on the Pallister government to ensure the town of Churchill and other remote communities cut off by flooding receive critical food and medical supplies by air until the train can reach them again.

Flin Flon MLA Tom Lindsey says Churchill and other remote communities have not been getting their normal supplies since May 31st when train service from Thompson was suspended after overland flooding closed the rail line.  Omnitrax is reported to have said it will take at least a month and perhaps longer to repair and reopen the line.

He adds with tourist season about to start Churchill will be hit yet again by the closure of the rail line and the province must work with Omnitrax and other levels of government to get the line open as quickly as possible.