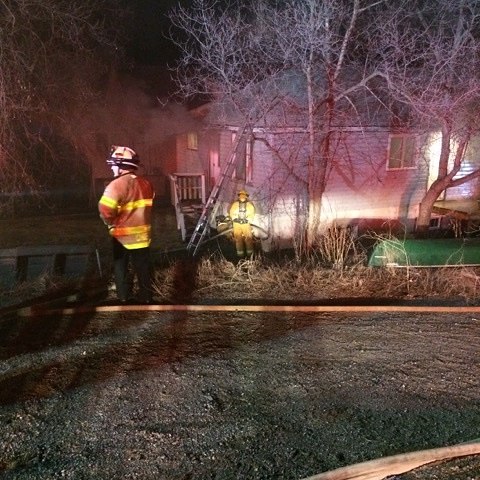 At approximately 11:43 Wednesday morning the Flin Flon Fire Department was called to a fire at 77 Ross Street.  Fire Chief Chad Cooper reports upon arrival fire crews found smoke visible from the basement.  They deployed fire attack hoses to the rear of the home to attack the fire while crews searched the main floor suites for any occupants.  They quickly suppressed the fire in the basement.

Cooper says basement fires are extremely dangerous for fire crews operating inside the structure adding they burn very hot, have limited access and egress and when fire reaches the floor joists the floor above can collapse on top of firefighters.

Fire crews had the fire declared under control 45 minutes after the initial dispatch.  All occupants escaped and there’s no report of injuries.  The fire damage was contained to the living room in the basement.  There’s no estimate of fire damage loss and the cause is undetermined at this time.