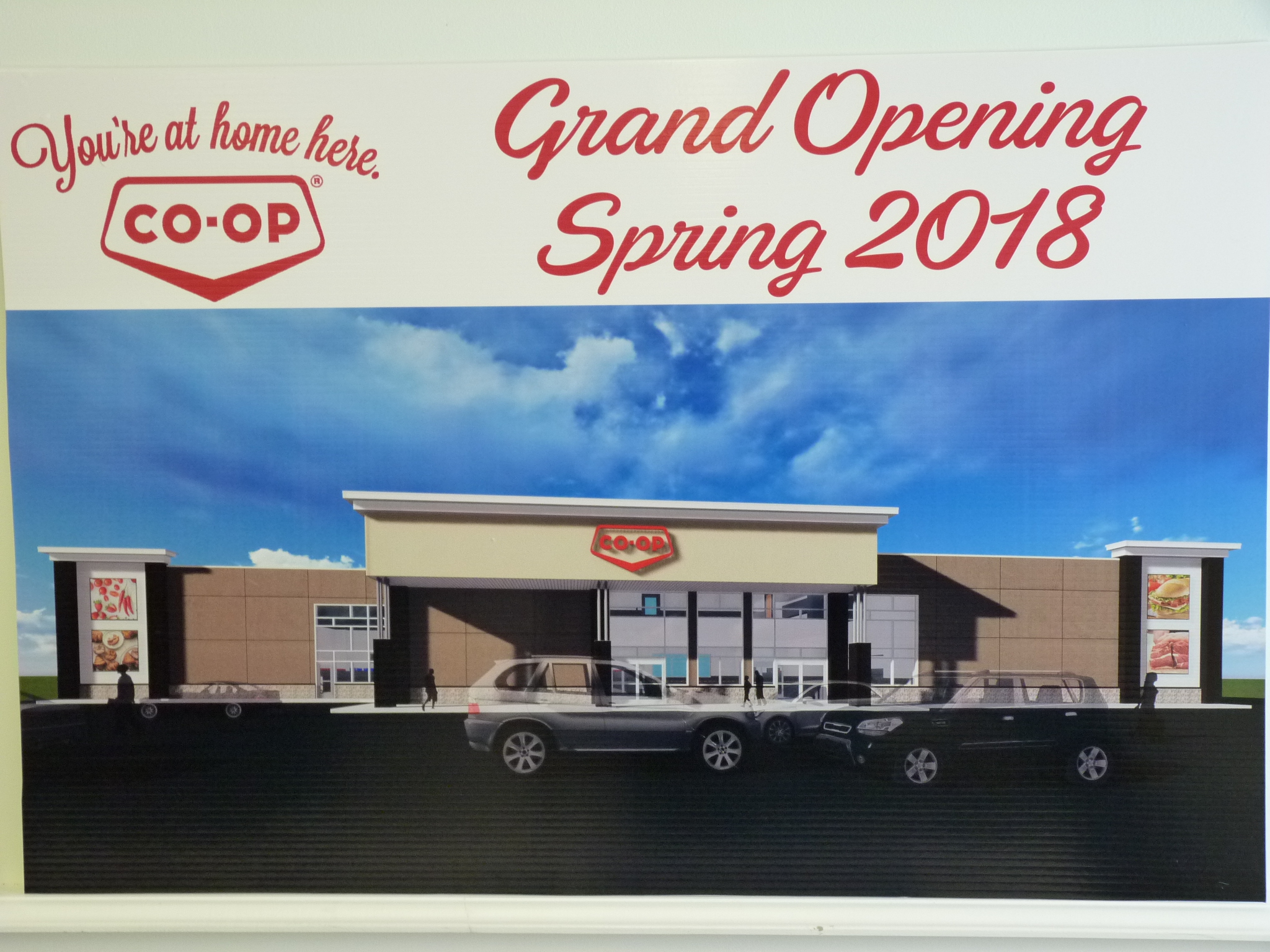 Board of Directors President Dave Kendall told the 72nd North of 53 Co-op annual meeting construction of their new store is moving along on time and on budget.  He says they hope to have the grand opening early next summer.  He says they plan to keep their administration area in the current uptown location adding they are pursuing options for the present location with one group looking at the whole building and others at parts of it.

General Manager Tom Therien reported 2016 was another great year for the Co-op with sales of almost 26 million dollars. The Board authorized an allocation to the membership of 3.5 percent for food and 7 percent for petroleum. Cheques should be available in the store staring May 12th.

Nominations were held to fill two three year terms on the Board.  There were five nominations submitted.  Erhart Dzuibak and Del Ward are seeking re-election along with Donna Champagne, John Moore and Richard Dansereau.  An advance poll will be held Wednesday, May 3rd and voting Friday, May 12th in the store.