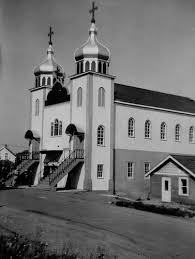 The Chair of the Board of Trustees of Flin Flon School Division Murray Skeavington has issued a release correcting misinformation that was given during Tuesdays Board Meeting.  It was stated that no contract had been signed regarding the joint purchase of Saint Mary’s Ukrainian Catholic Church.  The release states the Chair misunderstood the process and misspoke.  Possession date was April 3rd.  The final land title document was given to the School Division lawyers on April 12th.  The Division was informed on the 12th that in cases of a purchase without a mortgage there are no contracts requiring signatures on closing.