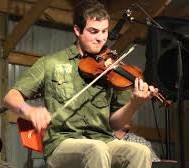 The final concert in the 2016-17 Home Routes series takes place on Thursday and Friday nights.  One of the organizers Tim Spencer says Home Routes will feature from Edmonton Daniel Gervais who’s the reigning Canadian Grand Master Fiddle Champion and he’s bringing a phenomenal guitarist with him Clinton Pelletier, so the two of them are going to do two shows and he plays all kinds of styles.  Spencer adds you’ll be getting traditional stuff, folk stuff, Don Messer, Charlie Daniels and you’ll even get some Django Reinhardt gypsy jazz as well.

The Home Routes concert starts at 7:30 Thursday night at the home of Anne Ross and Doug McGregor at 183 Merton Boulevard with tickets available by calling 204-687-8193 and Friday night at Johnny’s Social Club on Green Street with tickets at Northern Rainbows End.