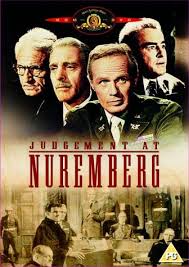 The Central Canada Film Group continues their Films You Might Have Missed series Friday night. The group’s Collin Davis says they’ll feature the film Judgement at Nuremberg which is court drama at its best.  He explains after the Second World War was over there was a question of justice being served upon those who had served Nazi justice on the populous. He says Judgement at Nuremberg looks at how four Nazi judges were brought to trial and a lot of tough questions and tough answers were given. Were they responsible for war crimes or as judges were they simply enforcing the laws of their country, was it their job to decide if the law was right and were they guilty or not guilty?

The doors open at 7 Friday night in the Hapnot Collegiate Theatre with the film starting at 7:30.  Admission is free although there is a voluntary silver collection.