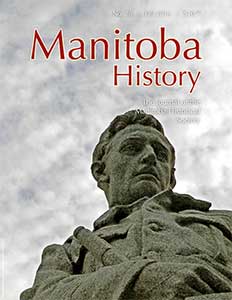 The Manitoba Historical Society is accepting nominations for the Lieutenant Governor’s Award.  The Society’s Gordon Goldsborough says nominations are open to anyone.  He explains the award is intended primarily for people who have done service in promotion and preservation of Manitoba history so pretty much anyone who has done things like writing books, various art projects, running museums, anything that has an aspect of preserving and promoting Manitoba’s history can qualify.

Nomination forms and more information are available on the websites of the Manitoba Historical Society www.mhs.mb.ca or the Lieutenant Governor at www.manitobalg.ca.  The deadline is February 28th.