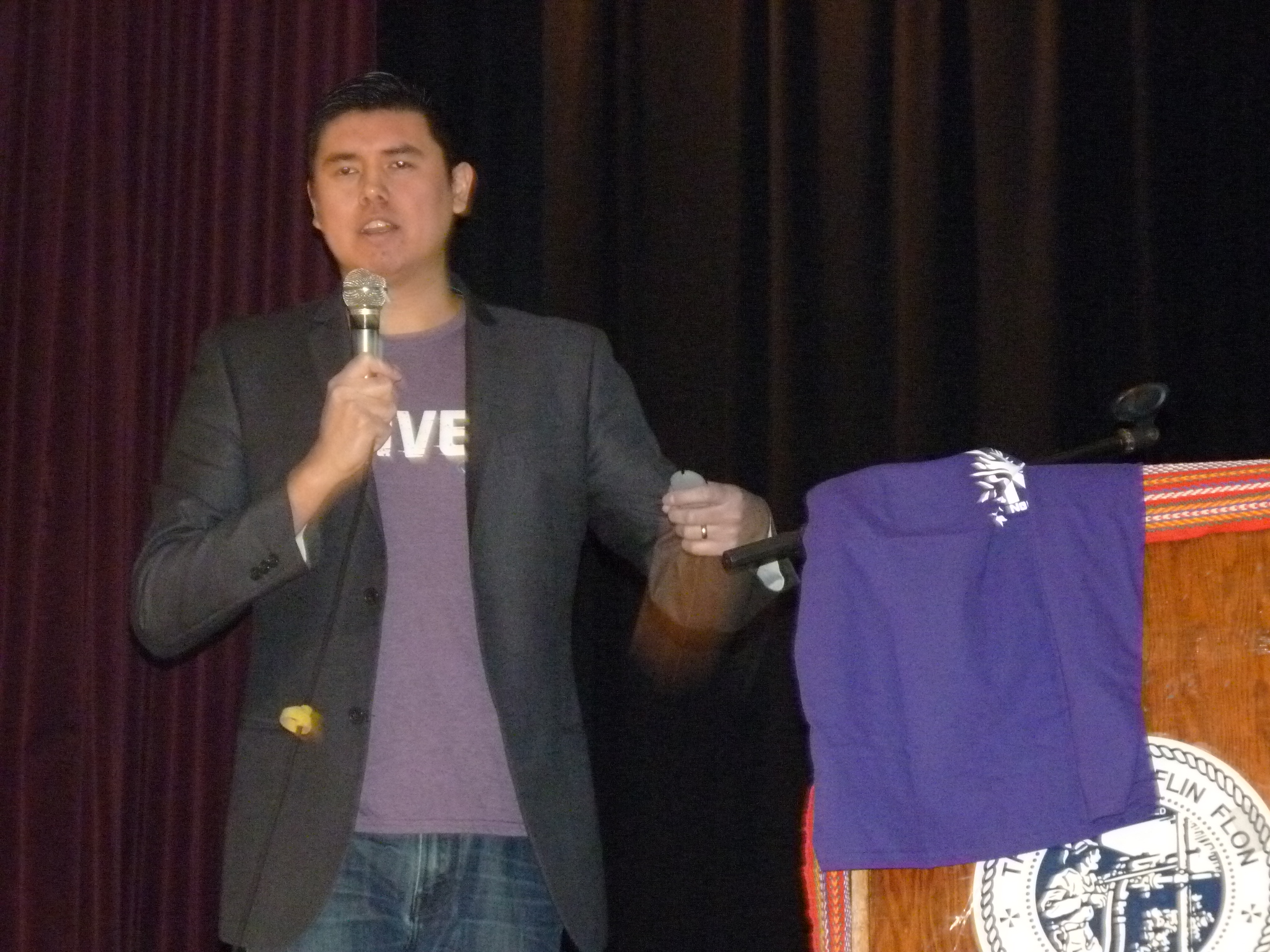 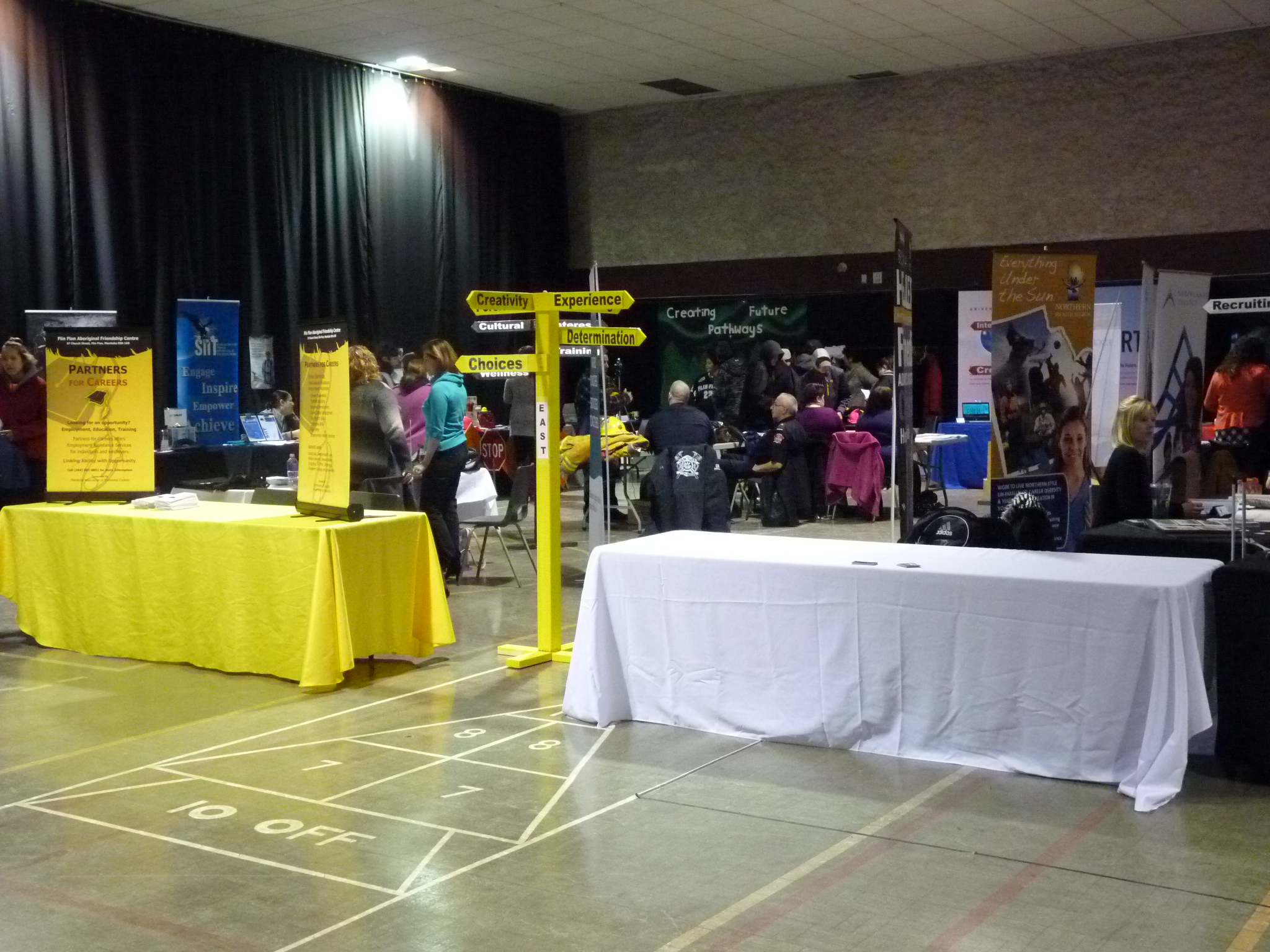 The Founder and CEO of Neechi Gear in Saskatoon Kendal Netmaker spoke to the Flin Flon Friendship Center’s Northern Connections Job Fair yesterday.  His message is that most people have the drive to be an entrepreneur.  He said he always asks people everywhere he goes if you weren’t doing what your doing right now or working a 9 to 5 job what would you be doing and most people have a dream that they tell him that they would actually do and he asks them next what’s stopping you from going after this dream.  He added he’s here to try to knock down some of those barriers and mental obstacles that stop people from trying to go after their dream because when you go after your dream you’re going to live a healthier life.

Netmaker outlined for the large number of students and others attending the steps to establish a successful business like his award winning Neechi Gear.  He explained it is a lifestyle brand that empowers youth through sports with five percent of the profits helping to fund underprivileged youth to take part in sports which was inspired by the support he received from his best friend’s family when he was interested in playing soccer starting in grade five.