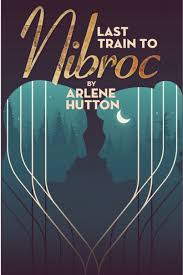 The Royal Manitoba Theatre Center brings its annual performance to Flin Flon next week.  The Flin Flon Arts Council’s Crystal Kolt says they will present the Last Train to Nibroc.  She explains it’s a romantic comedy set in the 1940s where a dashing pilot falls for a prim young missionary to be on a train bound for New York and he decides to follow her home to Kentucky changing both of their lives forever.  She says its going to be a great show as they always are from the Royal Manitoba Theatre Center.

The performance takes place next Friday at the Flin Flon Community Hall at 7:30.  Tickets are available at Northern Rainbows End on Main Street.