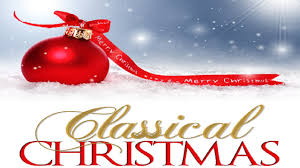 The Flin Flon Flutist Series is presenting a Classical Christmas next week. It will feature Mikylo Odut on the flute accompanied by Anna Harrison.  Odut says there’ll be well known classical carols and his concern is some people don’t really know where the carols that they sing year after year come from so his goal for this concert is to clarify and teach people the origins and composers of the Christmas carols in a concert setting and also playing non Christmas carols by the composers who wrote the Christmas carols.

The concert was set for December 12th and 14th but those dates have sold out so an additional concert will be held Friday the 16th at 7 at 421 Princess Boulevard.  To book a seat you can email musicalmo13@yahoo.ca or call 687-6868.