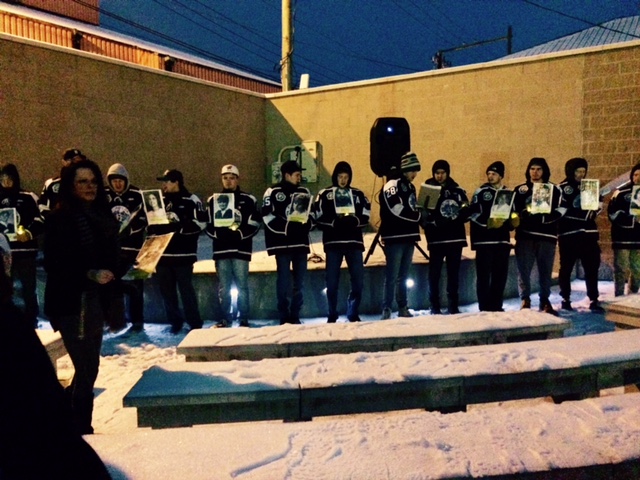 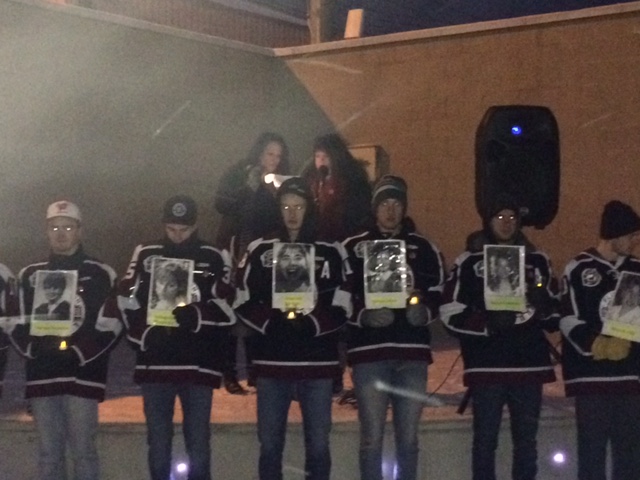 The Flin Flon Bombers and others joined the Women’s Resource Center at Pioneer Square last evening for their annual Candle Light Vigil.  Social Work Student at the Center Amber Hillier told them the event remembers the victims of the Montreal Massacre of 1989. She explained in just under 20 minutes a young man killed 14 talented ambitious and courageous women because of their gender and injured 14 other people. She said to this day people still remember hearing about this tragic event through the media and felt the sudden shock that someone would murder these intelligent women based on their gender.  She noted all 14 of these women lost their lives before having the opportunity to pursue their dreams and fulfill their professional aspirations.