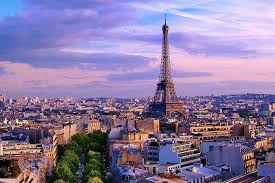 Last night Hapnot Collegiate teacher Natalie Milligan presented to the Flin Flon School Board her proposal for the school trip to France in March of 2018. She covered the itinerary of the trip which would have students visiting parts Paris and points in northern France.  The school would be traveling with Educational Tours a company they have worked with on the previous trip to France in 2014.  A school trip allows students to experience the culture and language as well as taking in the historic sites of a foreign land.  It’s also important to get students out of class and speaking French in a social setting.  18 French Immersion and basic French students plus their chaperones took in the sights sounds and tastes of France in 2014.

In other school news Board Chair Murray Skeavington reported on the success of the recent Norman Jazz Festival in Thompson which was a huge learning experience for those participating.  Also 18 students from Flin Flon have earned the privilege of attending We Day next Friday at the MTS Center in Winnipeg and have been invited to attend a dinner the night before.  Skeavington also encouraged parents and family members to attend Remembrance Day services held in schools today and tomorrow.