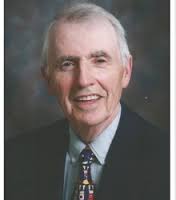 Long time owner of the Arctic Radio Network in Flin Flon, The Pas and Thompson the late Doug O’Brien was honored yesterday by the Broadcasters Association of Manitoba.  Their President Cam Clark says Doug was entered into their Hall of Fame in the Builders Category.  He says everyone in northern Manitoba knows that Doug was a big part of not only the community but certainly the radio community and unfortunately we lost Doug this past year and it’s unfortunate they didn’t have a chance to recognize him in the Hall of Fame Builder Category before this, however this year they did want to make sure they recognized the value Doug provided to all broadcasters as well as to the citizens in northern Manitoba.

Doug came to CFAR in Flin Flon in 1972 and went on to take ownership of the station as well as CHTM in Thompson and CJAR in The Pas.  He was involved in many organizations in the community some of which were the Rotary Club, Chamber of Commerce, Community Futures Greenstone, Trout Festival and Knights of Columbus.

The award was announced at the annual fall general meeting of the Broadcasters Association of Manitoba in Winnipeg.