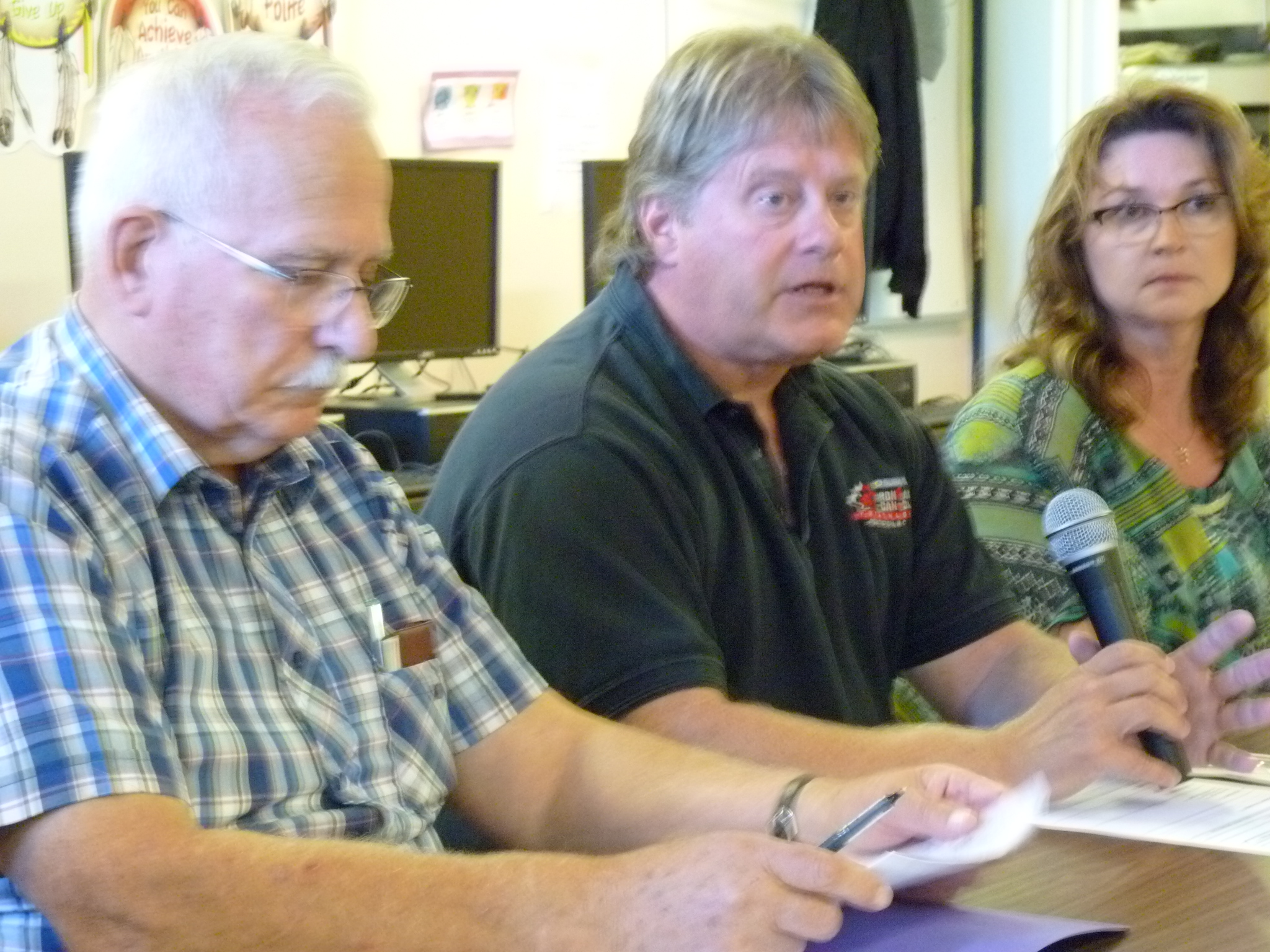 Denare Beach Mayor Carl Lentowicz, Flin Flon Mayor Cal Huntley and Creighton Administrator Paula Muench spoke to the Chamber yesterday.  Mayor Huntley said the idea of putting something together on a regional basis started about a year ago so it is still in the preliminary stages with the hiring of a Regional Economic Development Officer with 18 applications to review.  He says they are looking for opportunities and they’re looking to develop a resume for the region so we can market ourselves internationally and they don’t know what they can attract here but they’re sure going to work hard to find something a little bit different so they’ll diversify the economy in the transition from a mining community to more of a service center.

Mayor Huntley there is progress in making us attractive as a service center with the new Co-op store planned, the upgrade at the hospital, interest in an arts center and our under utilized Mining academy all of which serve northern Manitoba and Saskatchewan.