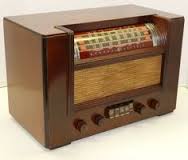 Local Writer Raphael Saray is bringing back the old time radio play as part of Culture Days.  He says he will present The Good Ginger Ale Friday and Saturday.  He explains it’s a story about a Ukrainian village that is ransacked by Nazis during World War Two and the leads are tailors so instead of becoming soldiers they become Nazi sewers of uniforms away from the front and they end up being in what is World War Two’s only co-ed POW camp and there’s adventure, romance, comedy and suspense done in the style of an old timey radio program.

The play will be seen Friday at 8:30 and Saturday at 2:30 with free entry at Johnny’s Social Club on Green Street.