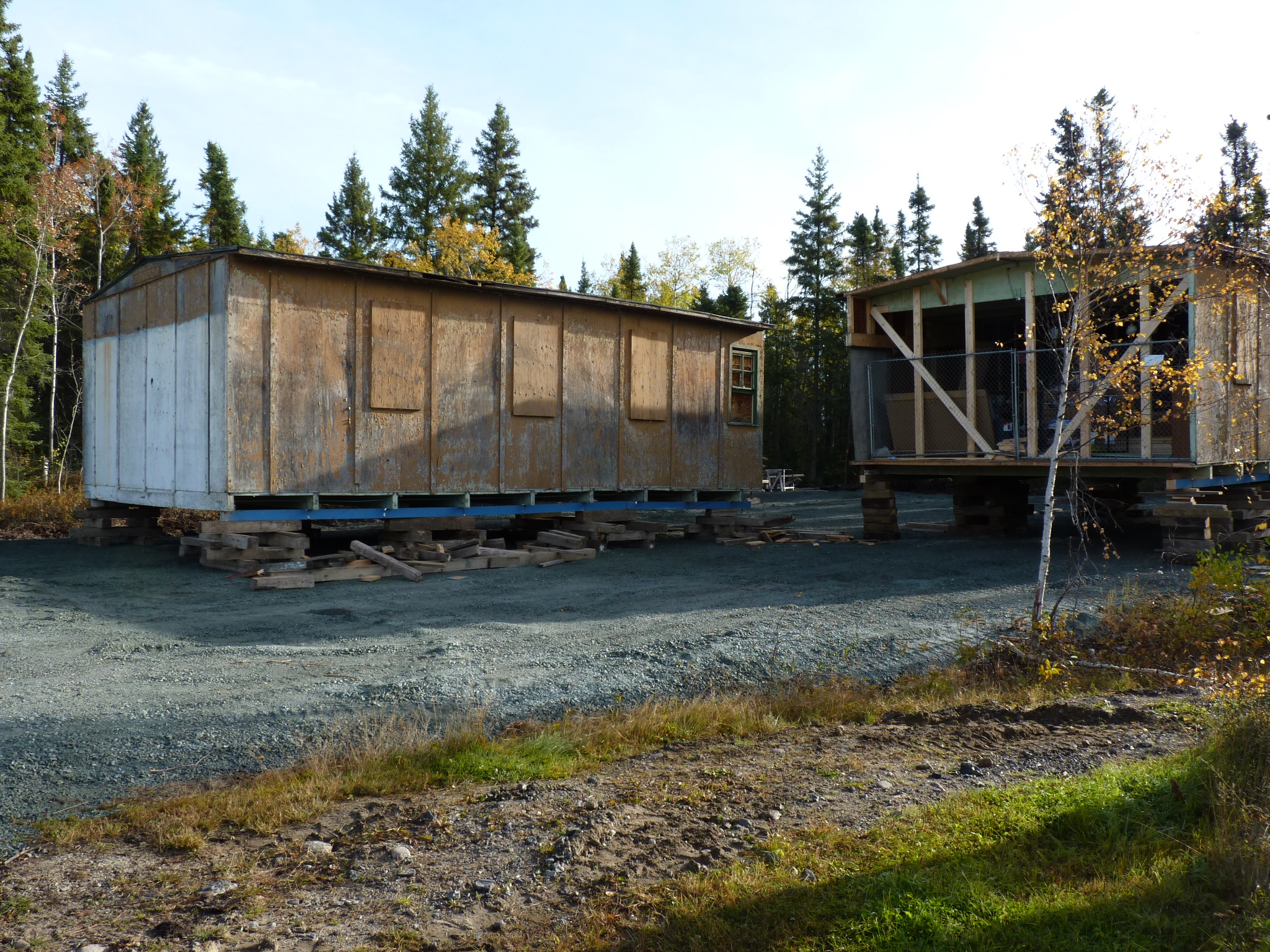 After the successful move of the first half of the Habitat 53° Restore Wednesday the second half joined it at its new location yesterday afternoon.  It had to be cut in half in order to move it.  The ReStore was moved from the armories lot to a lot on the Cliff Lake Road to allow the North of 53 Co-op to begin preparations for construction of their new store on the armories lot.  Plans for re-opening the ReStore will be announced once it has been re-assembled.

For the past five summers the ReStore has been accepting donations of building material, furniture, appliances and other gently used or discontinued items that they sell to help build a home that provides a family of low income with access to affordable housing ownership.