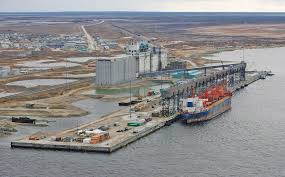 The union representing Port of Churchill Workers says they are frustrated by inaction from the Federal and Provincial governments. The Regional Executive Vice-President for the Public Service Alliance of Canada Marianne Hladun says their priority is their workers and the community.  She says the big concern is some of the workers that returned don’t have enough hours for EI benefits for the rest of the year and all of the workers that didn’t get called back have no access to hours to qualify for EI and that has a significant impact on the community.

Hladun adds they are calling on the government to take some action such as setting up an Employment Insurance Zone for Churchill to benefit the workers.  She says so far they have only had a chance to meet with Member of Parliament Niki Ashton and the Provincial NDP Labor Critic Tom Lindsey the MLA for Flin Flon.