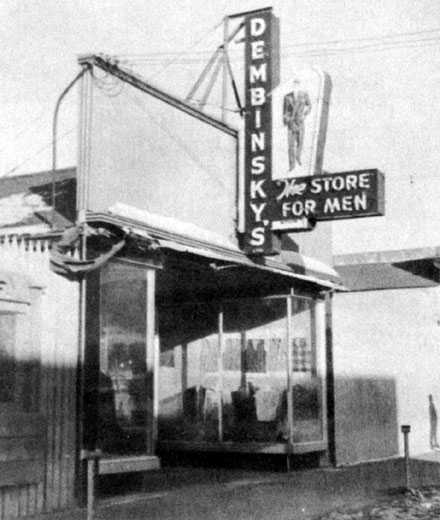 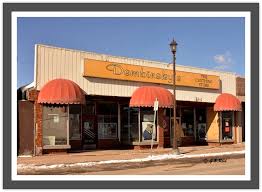 Dembinsky’s store on Main Street is closing with its last day of business tomorrow.  The Flin Flon History Book says the store was already on Main Street in 1930 operated by Ben Dembinsky.

In a story in North Roots Magazine Frank Fieber reported Ben Dembinsky and his 20 year old son Sonny opened a store on the muskeg of Main Street in Flin Flon in 1928 after opening stores earlier in The Pas and Herb Lake. Another son Frank came to Flin Flon in 1945 and he and Sonny ran the store until 1983.