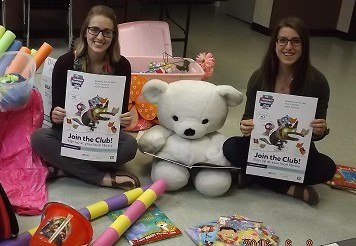 The Flin Flon Public Library wrapped up their summer camps last week.  The camps were run by summer students Mikayla Gawiak and Shannah Fisher.  Gawiak says they had more than 500 kids over the duration of 20 camps so every camp was full and they even had a waiting list.  She adds the kids were great, they brought a bunch of energy and they had a blast with them at every single camp.  Gawiak says it was a summer full of learning for the kids and even the counselors.  She says they are grateful for the grants they received and especially local sponsors as without them they really wouldn’t have been able to provide the camps this summer.