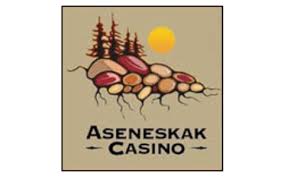 The Aseneskak Casino on the Opaskwayak Cree Nation at The Pas is looking for a new home in Manitoba that could lead to job losses. The Aseneskak Company announced yesterday that the board of directors and the general partner of the Aseneskak Casino Limited Partnership are seeking to relocate to a larger Manitoba market. Aseneskak Company CEO Suzanne Barbeau-Bracegirdle says employees would be offered the option to relocate with the casino. She says they have 147 people working at the Casino right now and that’s with 168 machines.  She adds if they were to utilize 600 machines that would be a lot more employment.

The Casino has a Gaming Agreement with the Government of Manitoba and the Manitoba Liquor and Lotteries Corporation and have the right to relocate the casino. There’s no official time frame to move the casino but Barbeau-Bracegirdle says they’re looking at 2 years. The board of the Aseneskak Casino wishes to maximize the potential of its gaming agreement to yield economic benefits for First Nations Partners.