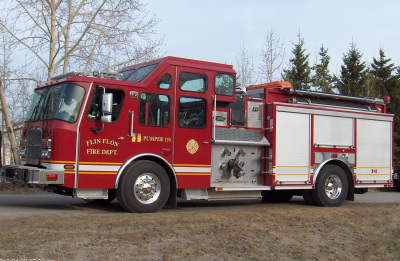 The Flin Flon Fire Department was called to 205 Steventon Boulevard at 1:37 yesterday afternoon.

Fire Chief Chad Cooper says fire crews were met with heavy smoke when they arrived and found the fire burning in the flooring in the basement.  The owner was not home.  He says they saved the home but there is fire damage in the basement and smoke damage on the first floor.