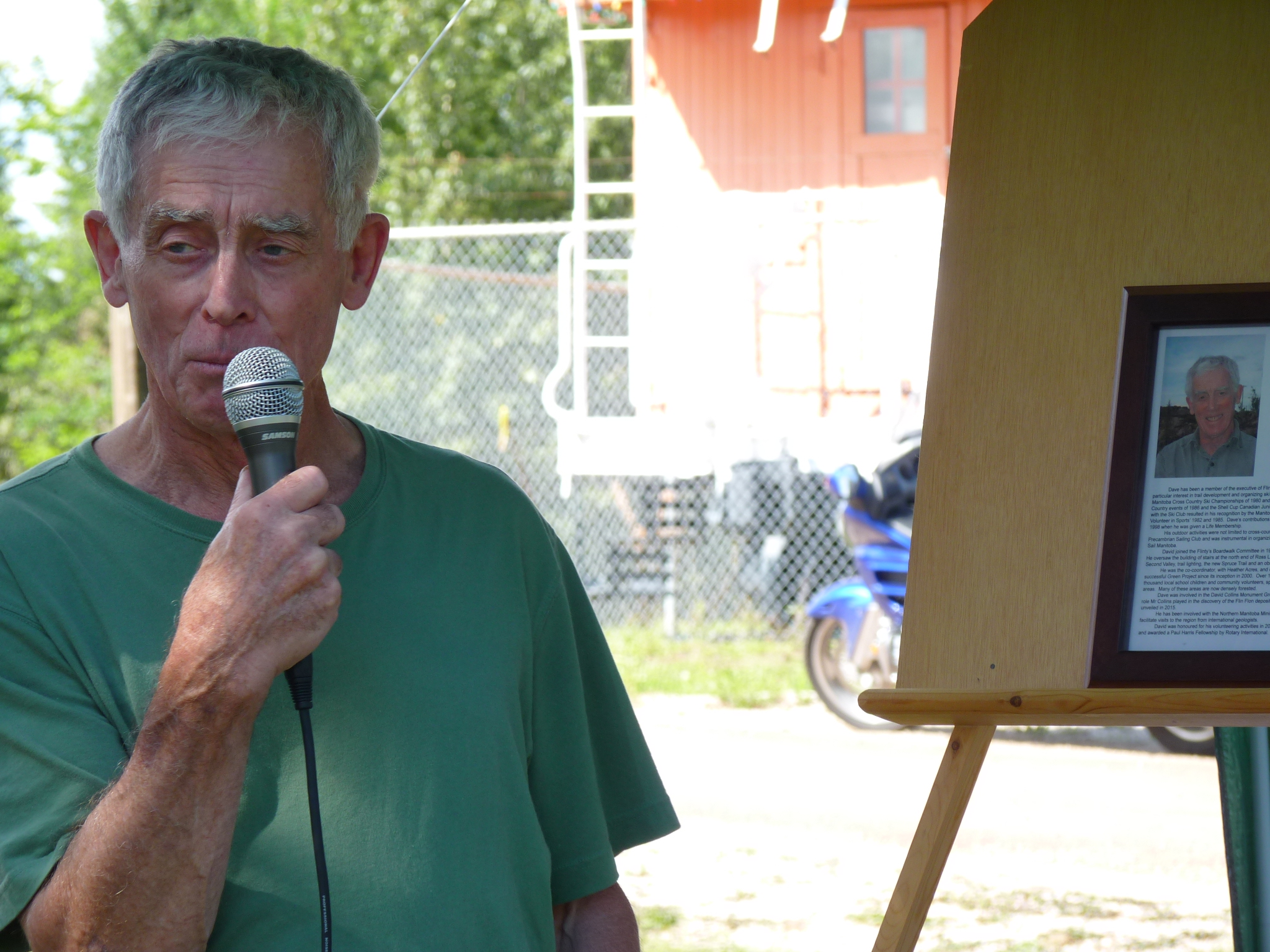 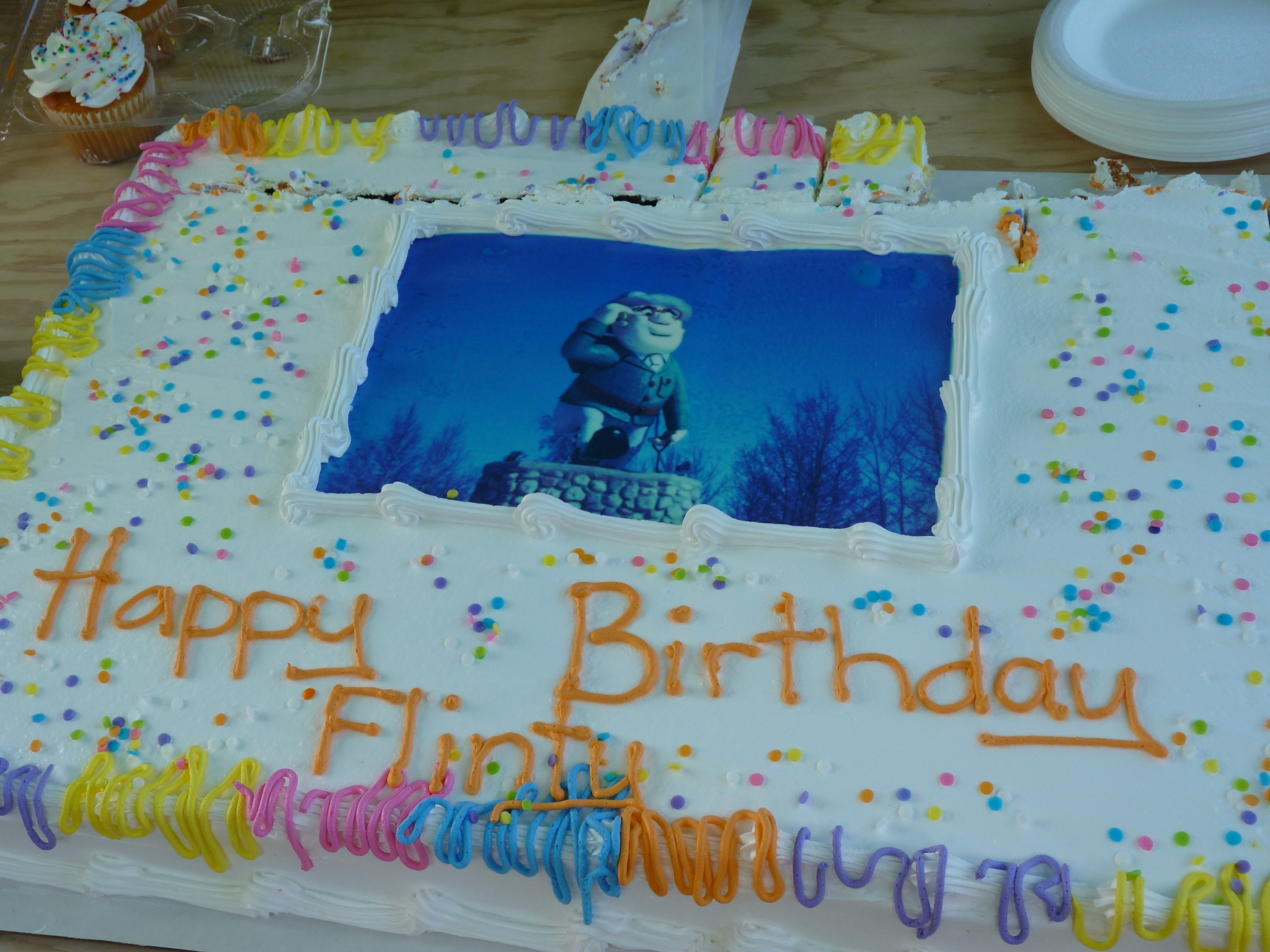 As part of Flinty’s Birthday party Dave Price was inducted into the Flin Flon Station Museum Wall of Honor yesterday afternoon.  The Museum Boards Vice-President Tom Heine spoke on Price’s dedication to the Flin Flon Ski Club and the Precambrian Sailing Club as well as other projects.  He says Dave joined the Flinty Boardwalk Committee in 1998 and was appointed chair in 2005.  He was the coordinator along with Heather Acres and Director of Field Operations of the highly successful Green Project and over 17 years directed local school children and community volunteers spreading limestone in formerly barren areas many of which are now densely forested.

Also on hand was the Senior Director of Business Operations from Hudbay Richard Trudeau who unveiled a rock from Trout Lake Mine labeled with plaques recognizing the 100th anniversary of the Flin Flon ore body discovery now placed in front of the museum. 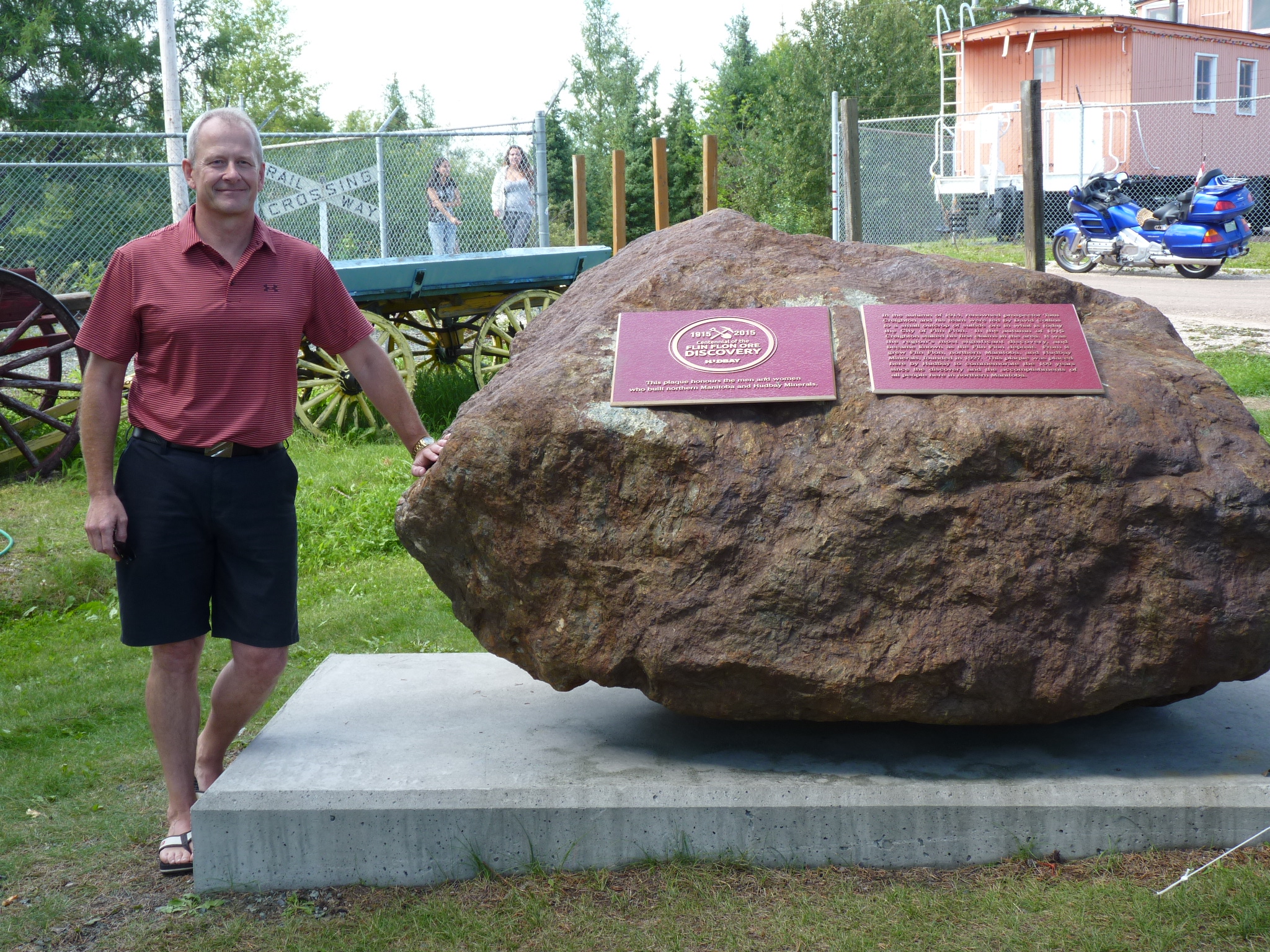 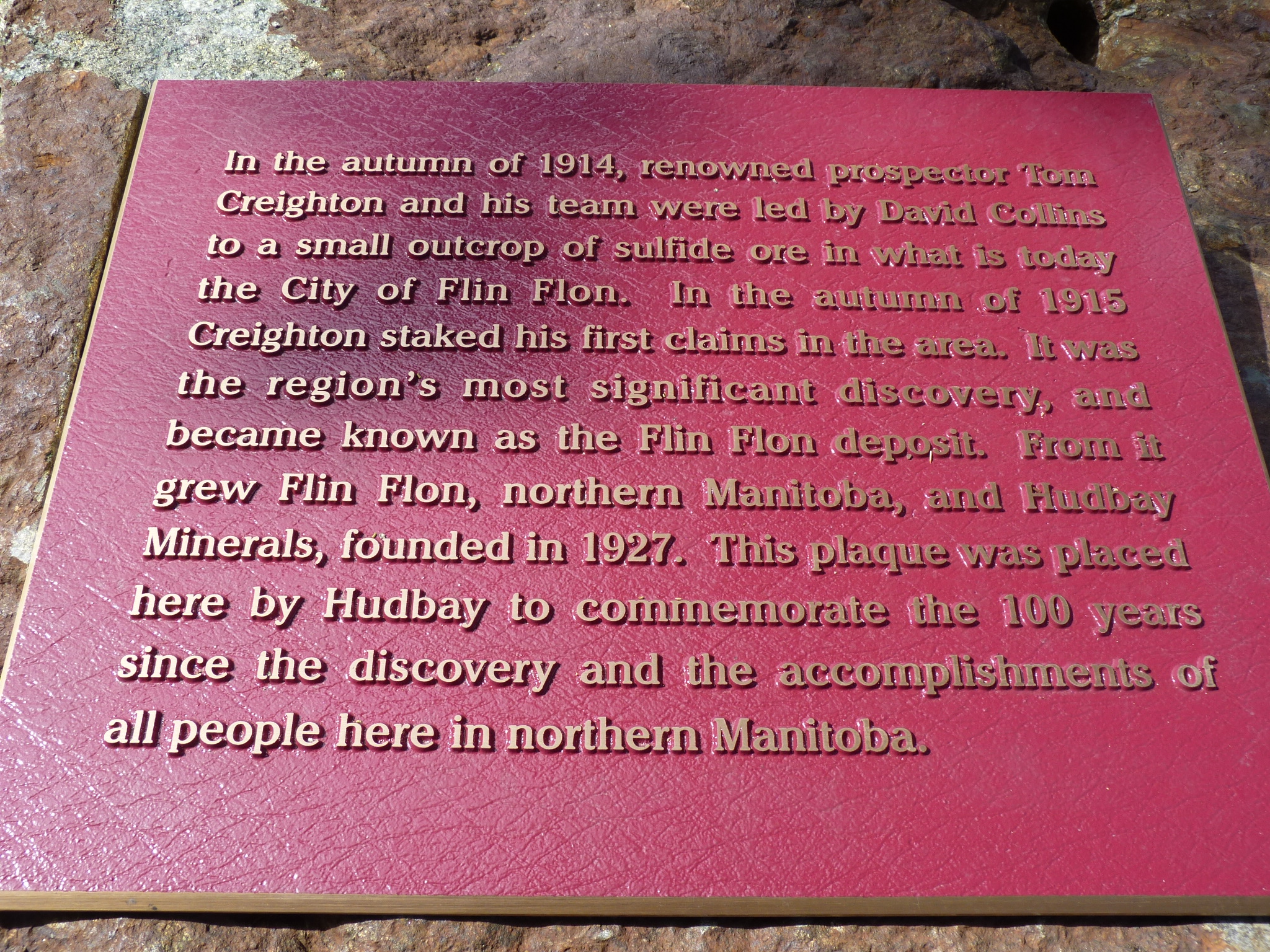