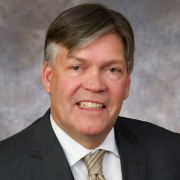 Northern Manitoba stakeholders gathered in Thompson earlier this week to discuss future directions needed for the new labor market transfer agreement to be drawn up by the Canadian government.  Among those attending was Manitoba Education and Training Minister Ian Wishart who says greater training is needed for Northern Manitoba as residents don’t traditionally leave.  He says most northerners want to come back to the north, it’s almost like it’s in your blood and they are very comfortable in the north where a lot of southerners come north and you get a year out of them and then they’re gone and that’s not what we really need in terms of having qualified individuals to do certain things in the north.  He says we need to look at ways to raise your own and train your own.

The labor market transfer agreement will be changed for the first time since 1996 in October.  The main concerns brought to the table were flexibility and gaps in training for the region.