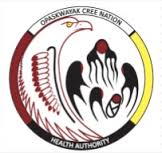 A Cree Gathering and Unity Run was held yesterday evening at the Arbor Site after a few years break between events.  Runners arrived in The Pas and OCN from throughout Manitoba and were welcomed with a grand entry followed by prayers by elders.  Shorty Lathlin says it originated in 1996 during the time of Chief Francis Flett. He says a Cree Gathering was held on the Opaskwayak Cree Nation and at that time there was protocol agreements and a declaration of intent to begin the revival of the Cree people.  He says Cree people were invited from everywhere to come and join them there. Lathlin adds what the Cree Nation Confederacy is is a foundation of a sovereign nation comprised of Cree elders, women, men, youth and children from the various Cree communities from across northern Manitoba.

The Run was followed by a Cree Gathering to spread the word on Traditional History with drum groups.  Six runners from OCN took part in the Run.