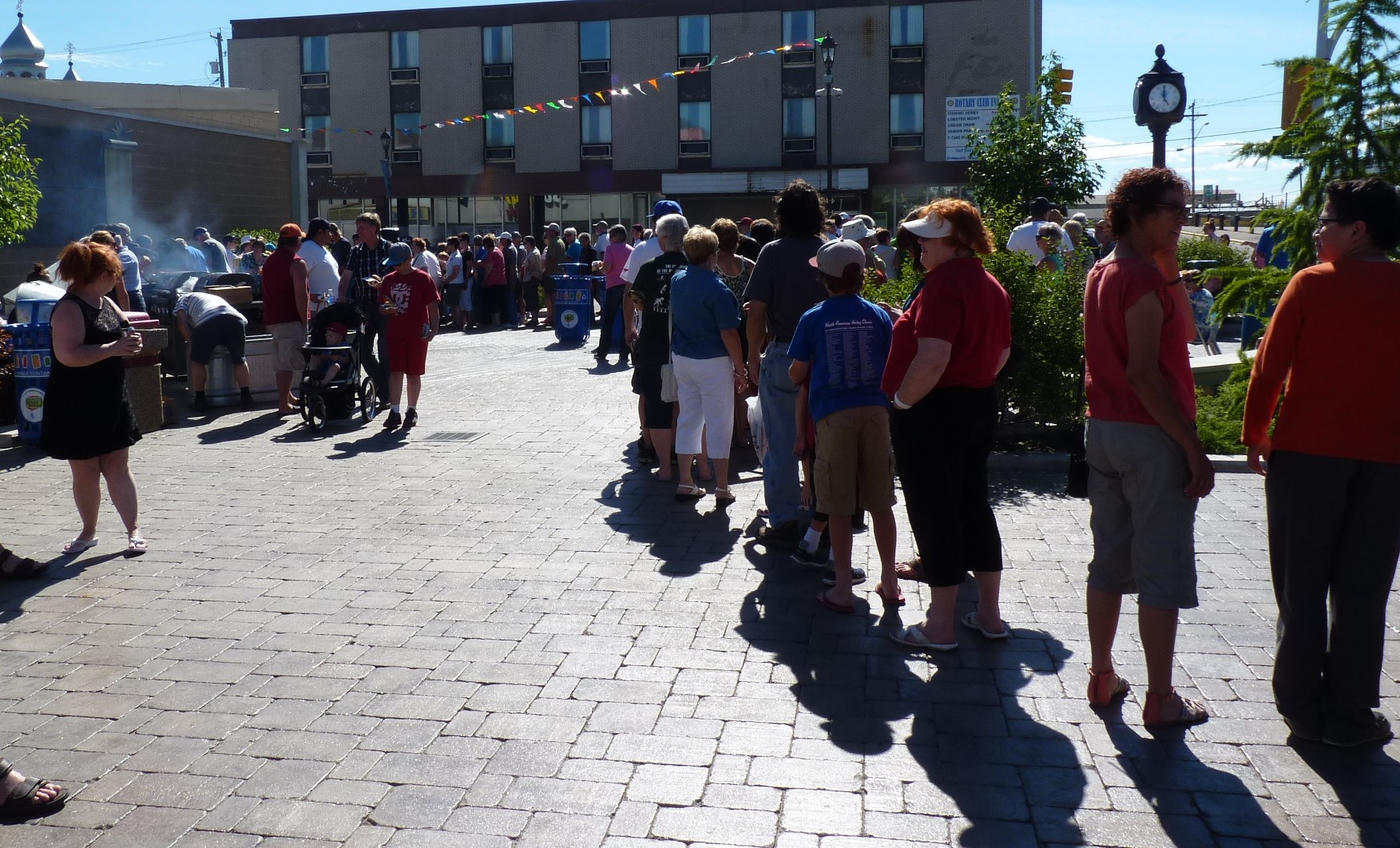 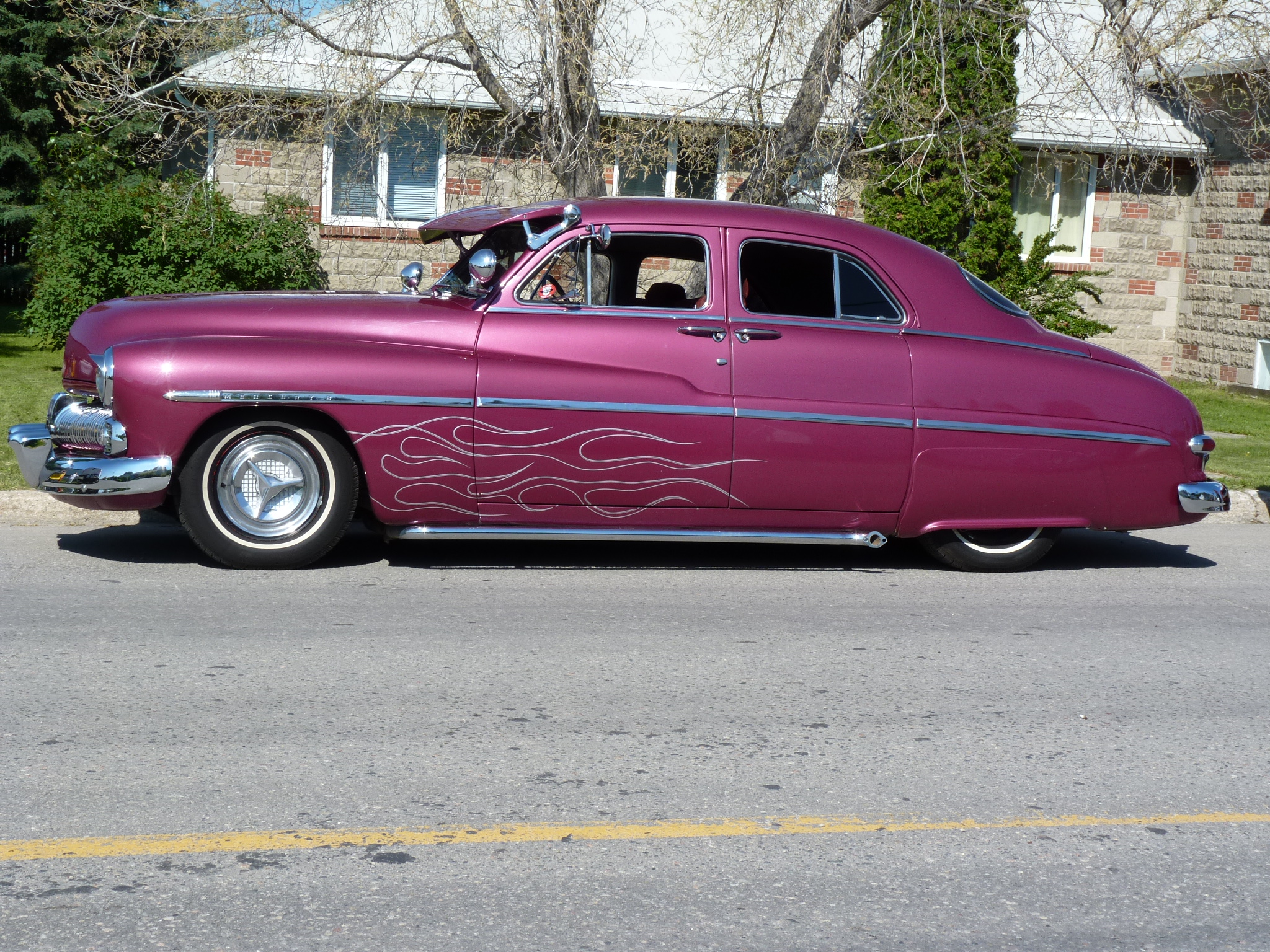 The Flin Flon Trout Festival kicked off Thursday night with a well attended barbeque in Pioneer Square.  Mayor Cal Huntley said this was the start to a bigger celebration next year.  He says the message is have a responsible good time, enjoy the good weather, the good company and companionship adding this will be a good preamble to the party that we’re going to throw for the 150 and it’s starting off very well.

The barbeque was sponsored by the City of Flin Flon, Flin Flon and District Chamber of Commerce, Hudbay, Flin Flon Trout Festival and the Flin Flon Lions Club.

The Canada Day parade was held Friday morning.  The winner of the best commercial float was the North of 53 Co-op followed by Northland Ford and Westwood Lodge, the best non-commercial float was the City of Flin Flon, followed by Canadian Parents for French and the Breast Cancer Pledge Ride North and the classic car prizes went to Ken Grindle with a 1950 Mercury.        .

Canada Day celebrations were held in Creighton and Denare Beach while Main Street Days took place Friday and Saturday.  It all wrapped up yesterday with Beaver Lake Day at Denare Beach. 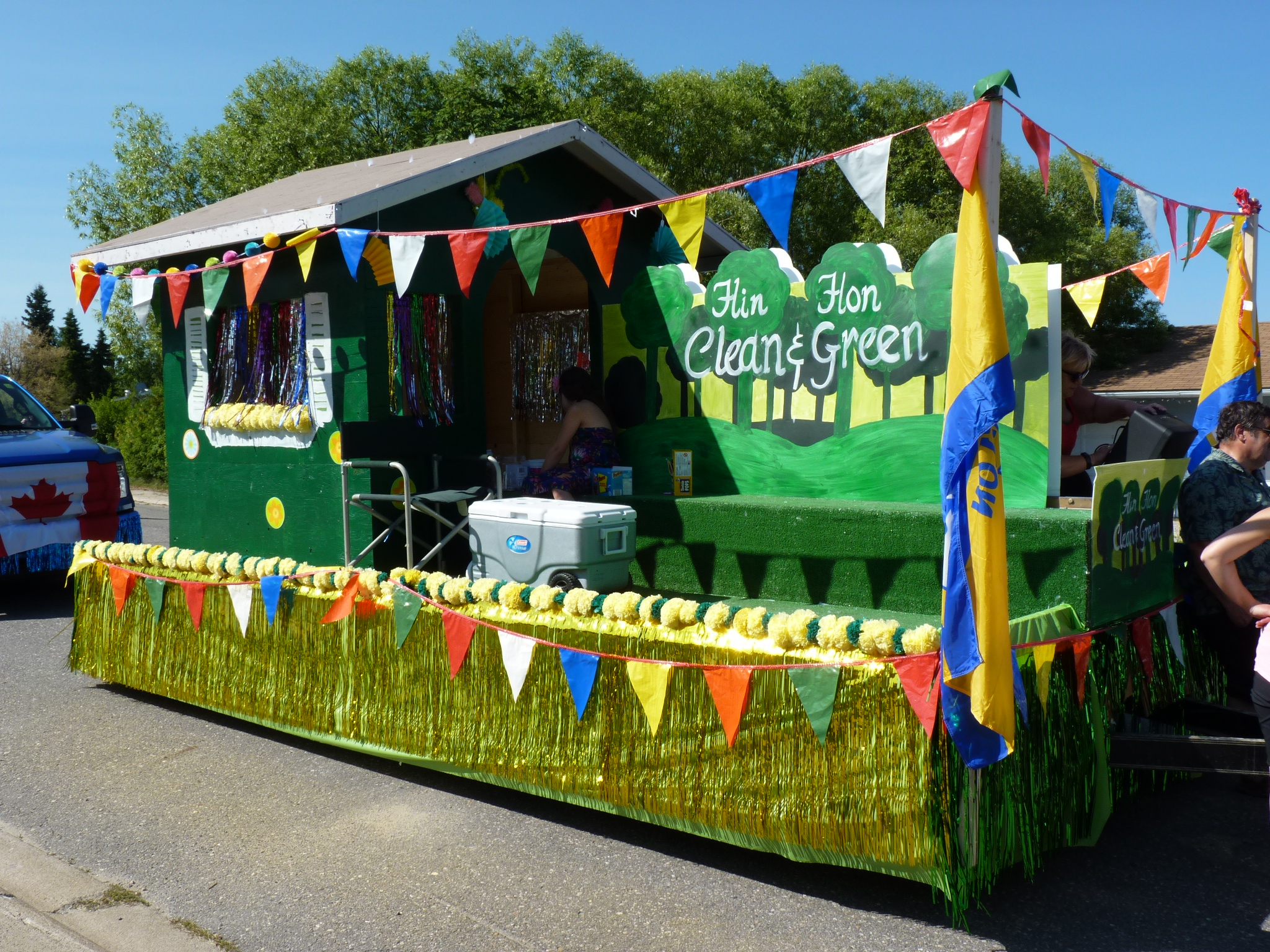 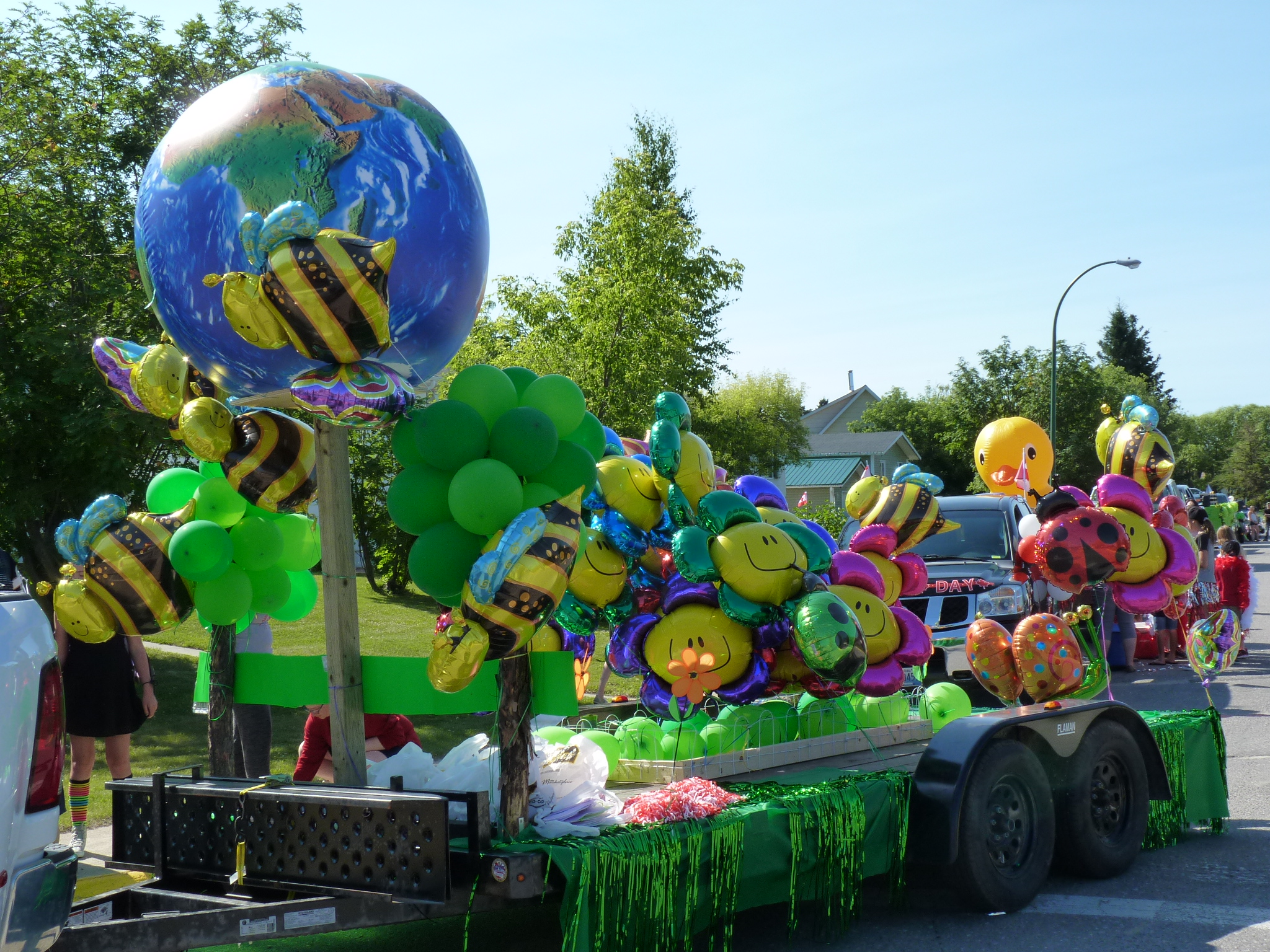