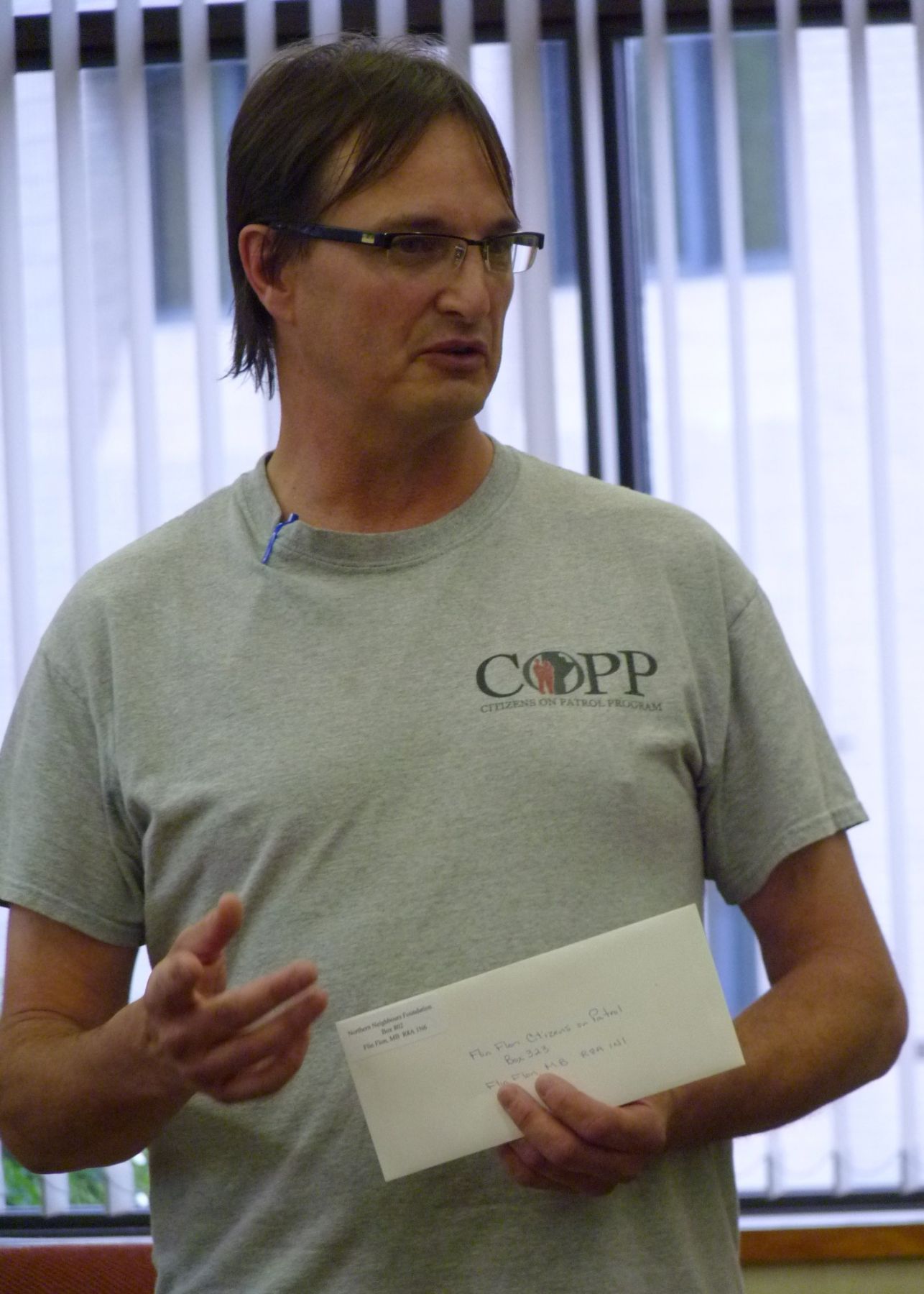 The COPPS or Citizens on Patrol Program is celebrating its 25th anniversary in Manitoba and its second year in Flin Flon.  The local Chairperson Sinclair James says along with their regular patrols they will be enforcing road safety in the community.  He says the Flin Flon Citizens on Patrol has been granted some funding from the Northern Neighbors Foundation to purchase a speed control sign that analyzes up to 200 thousand vehicles at one given point.  He says the sign will be moved from one location to another, possibly ten locations if funding is available to install the ten poles.

James says they can always use more volunteers. If you are interested you can call their cell phone at 204-271-4881, email ffcopp@hotmail.com or find them on the City of Flin Flon website or on the provincial website www.citizensonpatrol.mb.ca.