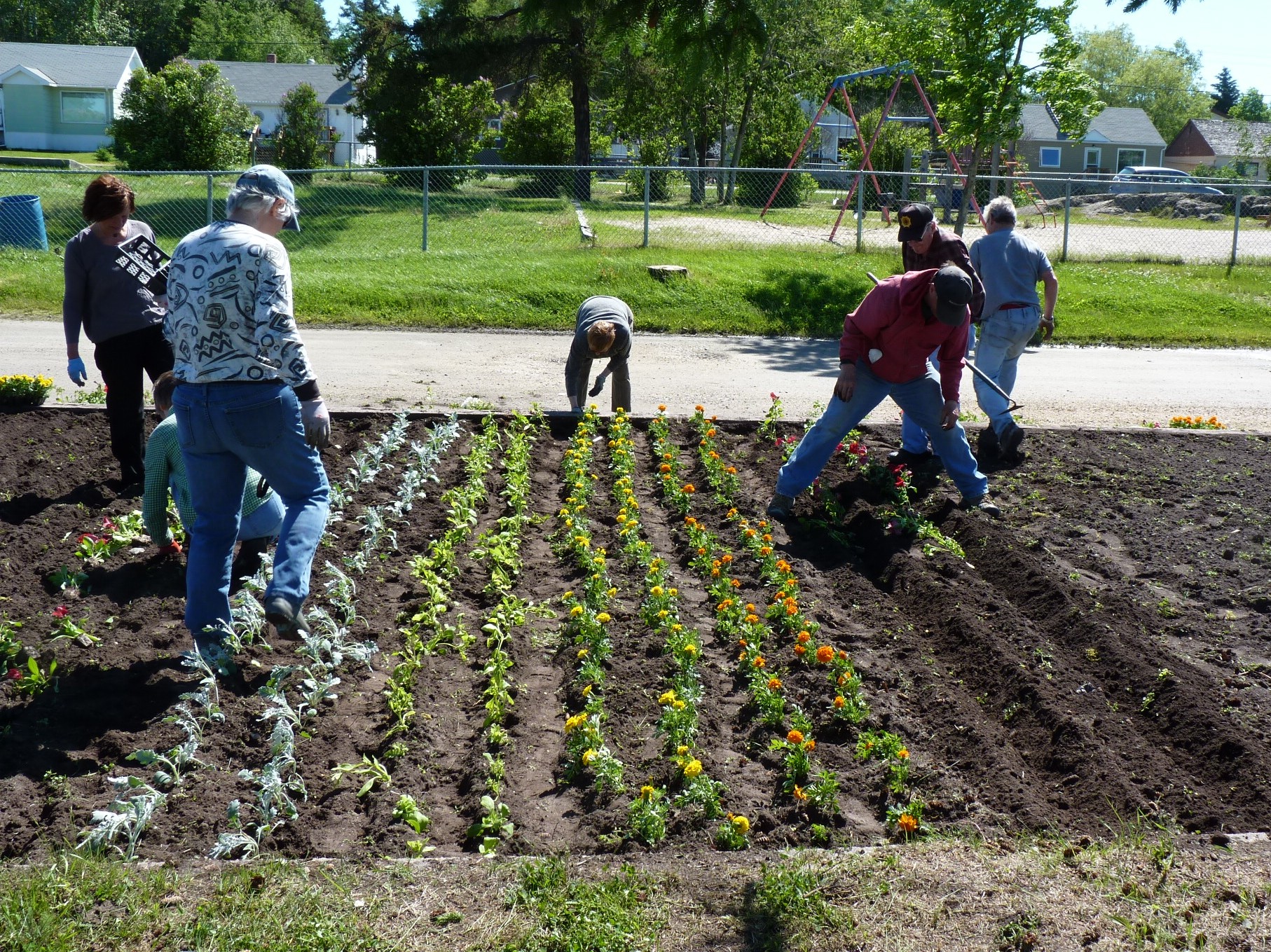 Members of the Flin Flon Horticultural Society and other volunteers planted flowers around the city last week. After they finished up Friday afternoon President Harry Antoniw reported they had planted 950 dozen or well over 11 thousand flowers.  He says the first day wasn’t too bad with quite a few people. He says Thursday was a good one as they had ten people out and they planted a tremendous amount of flowers and Friday again they had nine people come out so they really did well and some of them came back in the afternoon to finish off.

Antoniw says some of the larger areas they planted in included the Museum, across from the Gateway, the Zoo, the Gordon Grindle Memorial Garden and the Duck Pond.