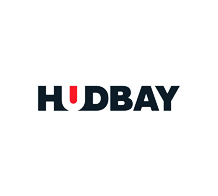 Hudbay reports copper, zinc and precious metals production last year was within guidance ranges in both the Manitoba and South America Business Units and reflects the successful ramp up of production at the Constancia mine in Peru and Lalor in Snow Lake.  2015 copper, zinc and precious metals production in Manitoba increased year over year by 10, 25 and 8 percent respectively due mainly to a full year of commercial production at the Lalor and Reed mines in the Flin Flon Snow Lake area.

Hudbay adds in 2016 assuming the mid-point of the guidance ranges is achieved total copper, zinc and precious metals production contained in concentrate is forecast to increase 12, 9 and 16 percent respectively over 2015 levels reflecting Constancia’s first full year at capacity. In addition the Triple Seven Mine in Flin Flon is expected to benefit from improved equipment reliability resulting from its fleet renewal program.

Exploration activities in Manitoba will focus on targets within the Lalor mine in Snow Lake.