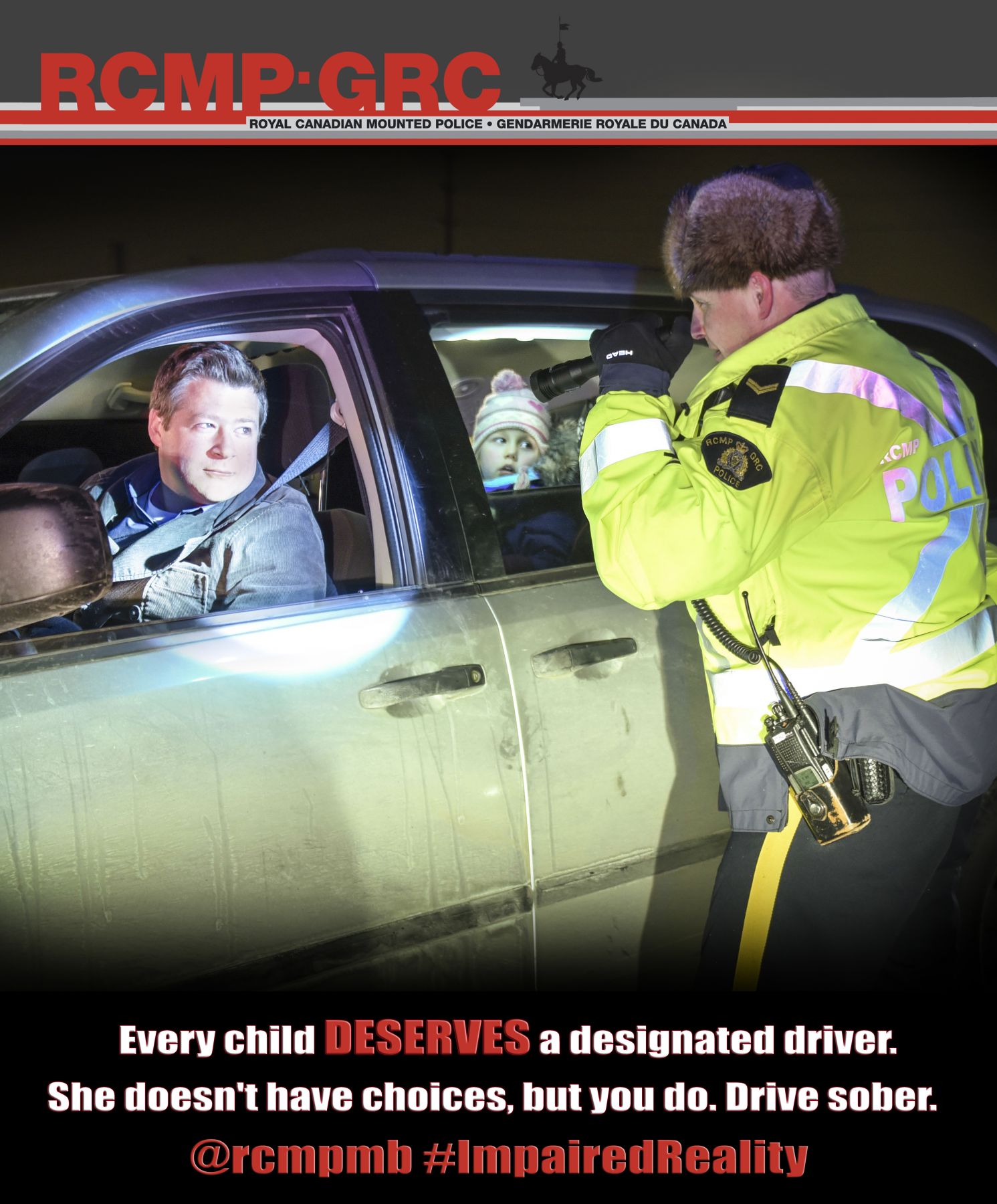 Flin Flon and area RCMP have joined other detachments in launching the holiday checkstop campaign.  Spokesperson Sergeant Bert Paquet says this is the time of year to celebrate and enjoy the holidays and their festivities but far too many people are still choosing high risk driving behaviors and driving while impaired.  He reports last year in Manitoba 29 people lost their lives in 28 collisions caused by impaired drivers.  He says some of your loved ones, friends and neighbors are not getting home to their families because of impaired drivers and it is their priority to change those irresponsible behaviors.

In addition Manitoba RCMP have launched a social media campaign called Impaired Reality designed to show the harsh reality of impaired driving and its consequences.  They encourage you to monitor their social media channels. They also wish everyone a safe and happy holiday season.