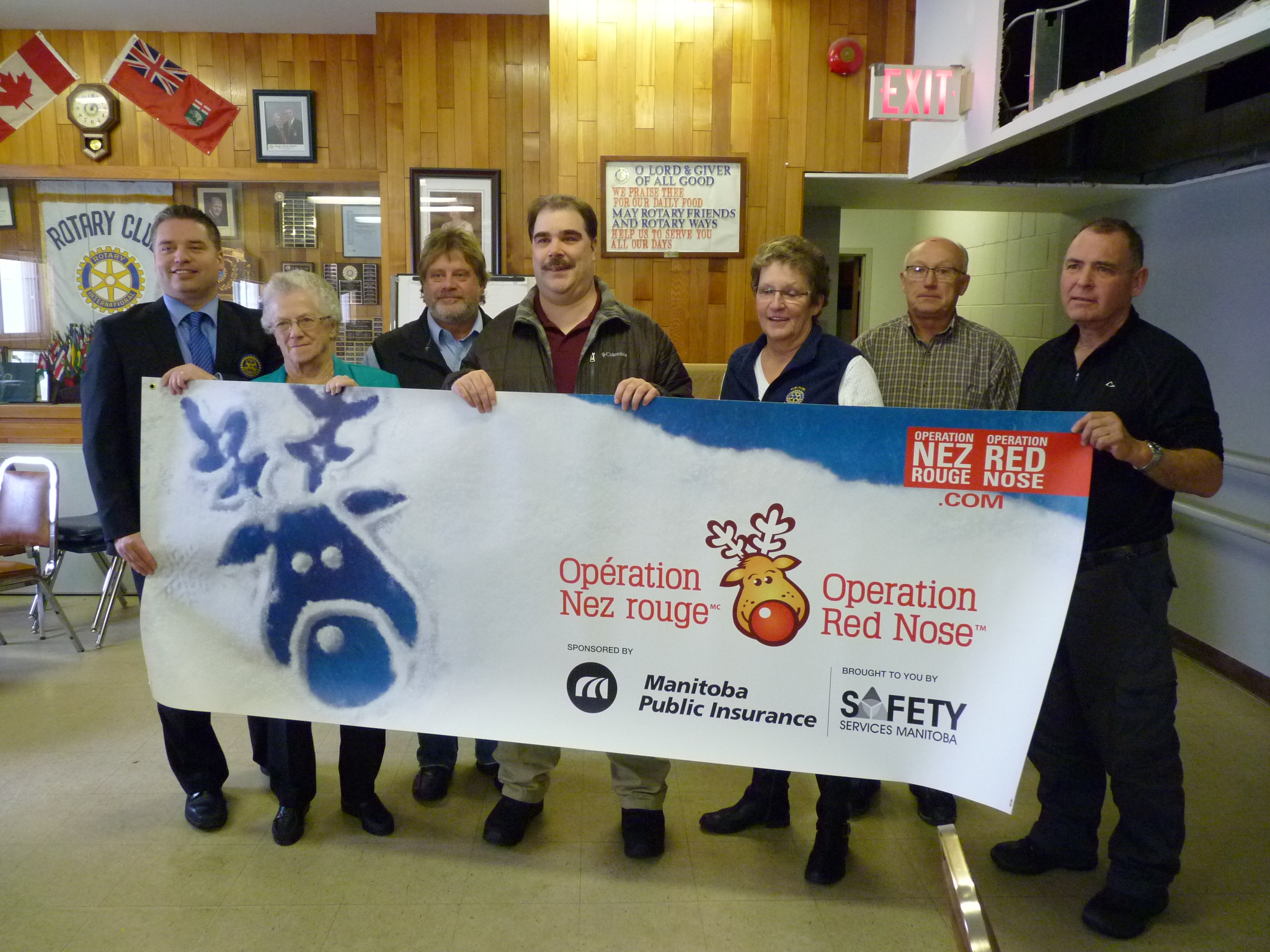 The Rotary Club of Flin Flon kicked off Operation Red Nose for another season at their meeting yesterday. Chair Ted Hewitt says the idea is to get people and their vehicles home safely when they’re out celebrating the Christmas season.  He says although the service is free they accept donations that go to children’s activities and organized sports programs in the community averaging about 13 to 14 thousand dollars a year.  He explains almost every playground in the community has received funding, Camp Whitney has received funding, the new Skateboard Park received substantial funding as well as the Soccer Club.