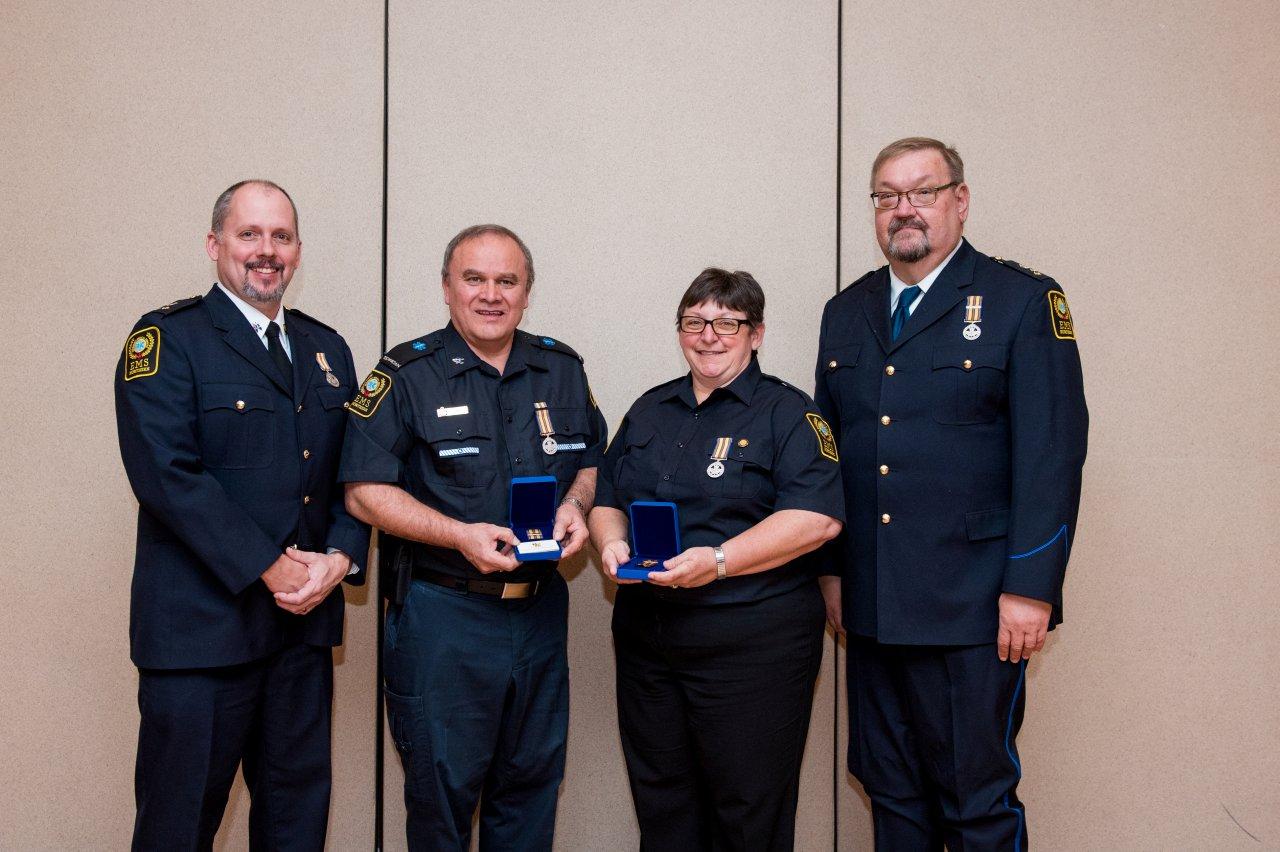 The Medals for thirty years of service were presented by Health Minister Sharon Blady.  The first was to Kim Rumak who is a Paramedic in Flin Flon Cranberry Portage.  She started her career in Grand Rapids as a First Aider and became an Emergency Medical Responder, Emergency Medical Technician and recently retired at the Paramedic level in Cranberry Portage. She has also served countless hours with several community groups.

The second award went to Gary Davis who started as a volunteer Emergency Medical Responder with the Town of Snow Lake ambulance and is now employed with the Snow Lake Emergency Medical Services with the Northern Health Region.  He has volunteered countless hours with the Mine Rescue Team with Hudbay in Snow Lake and believes in community relations and public education.

Also on hand for the presentation were the Region’s Emergency Medical Services Manager Darren Baker and Regional Manager Ken Gurba.