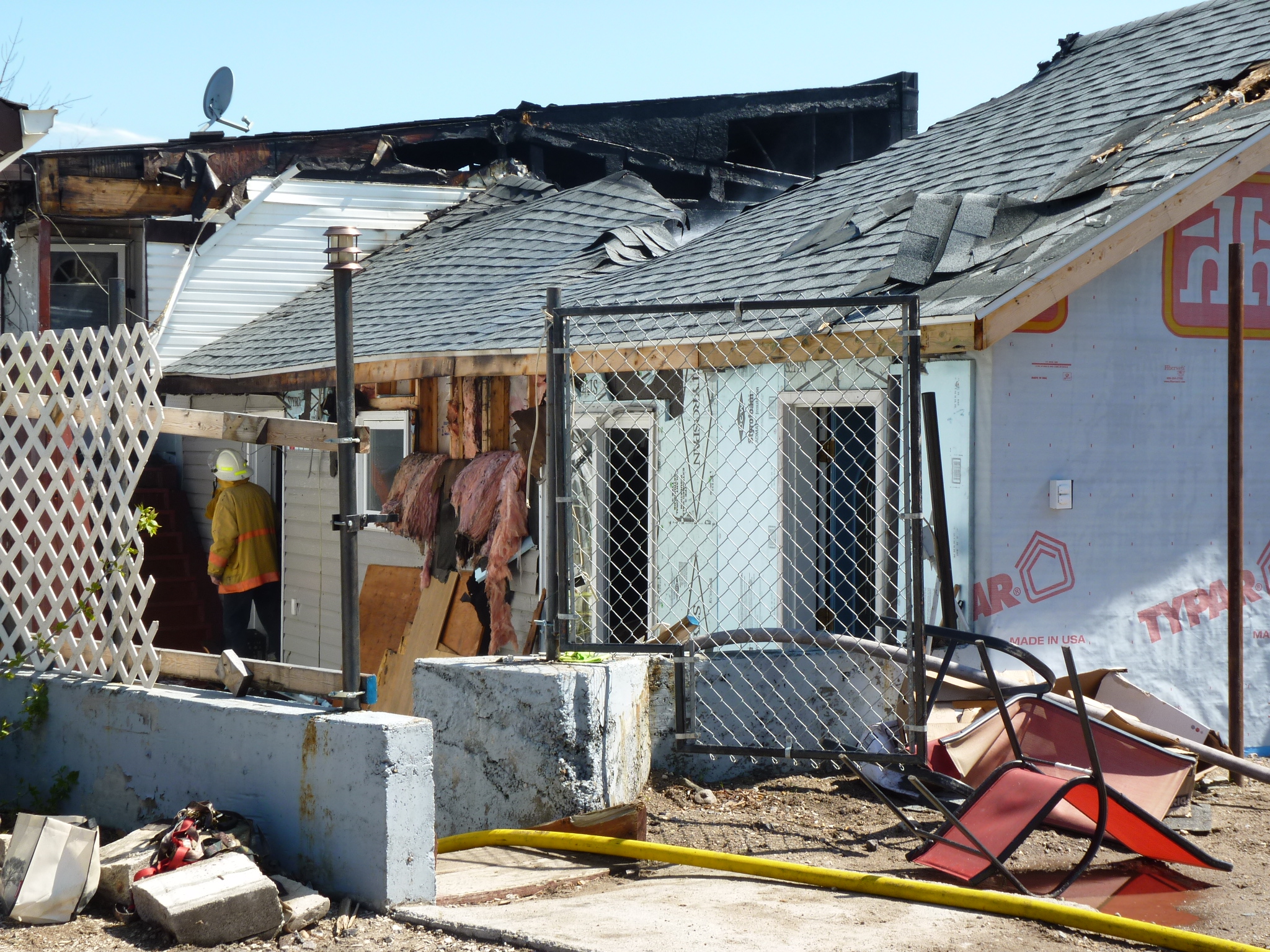 The Flin Flon Fire Department was called to Crepes and Grapes around 10:30 this morning. Fire Chief Jim Petrie says when they arrived the fire was fully involved in the attic of the building.  He immediately called in the Hudbay Fire Department to assist, Hydro came and cut their lines and Stittco removed two propane tanks.  Petrie said when they arrived they did a search of the building to make sure no one was inside.

Petrie says the two fire departments worked well together and knocked down a dangerous fire that could have destroyed the whole block.  He says the Office of the Fire Commissioner will come in and investigate the cause of the fire due to the monetary loss of the building. 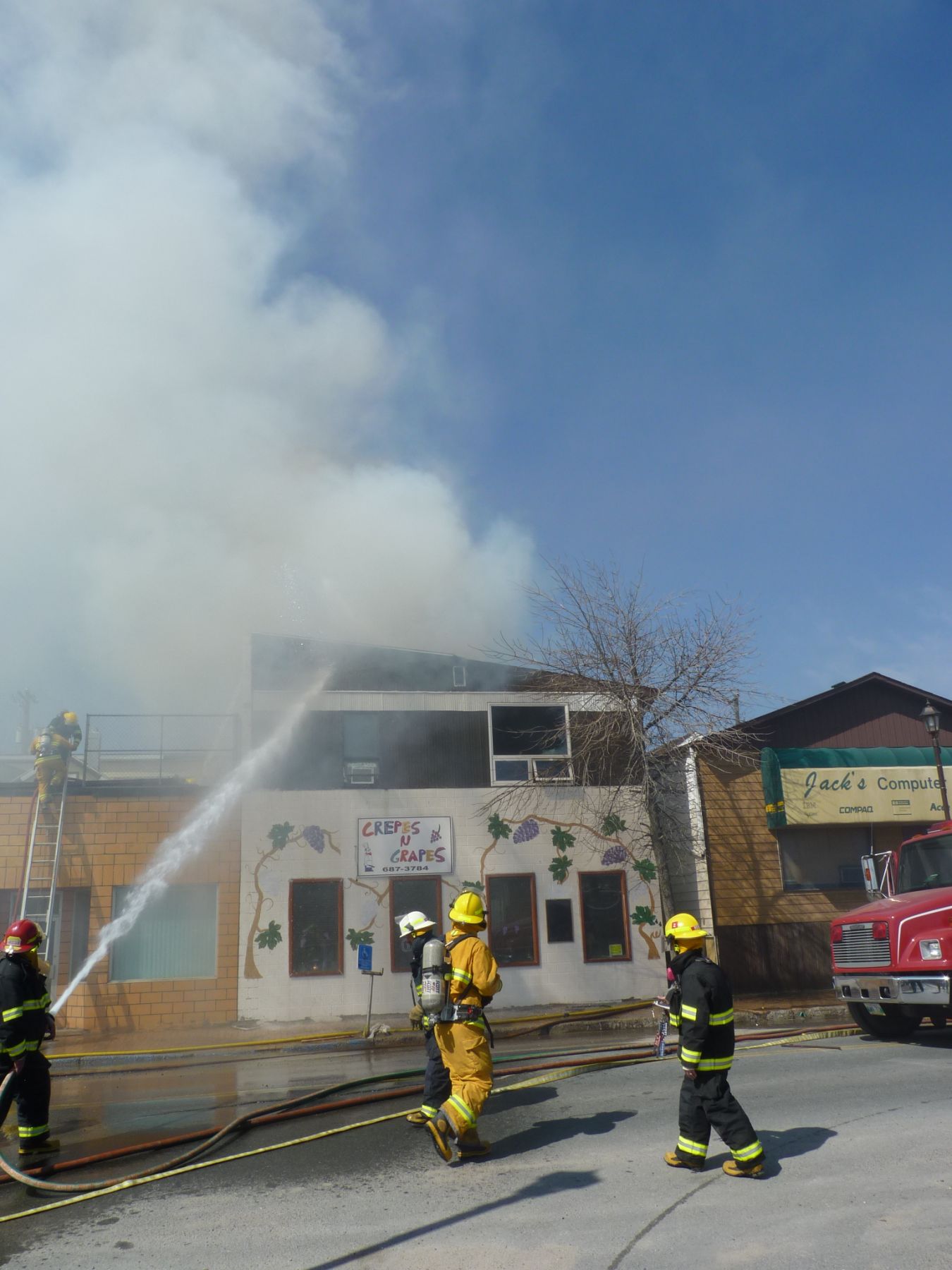 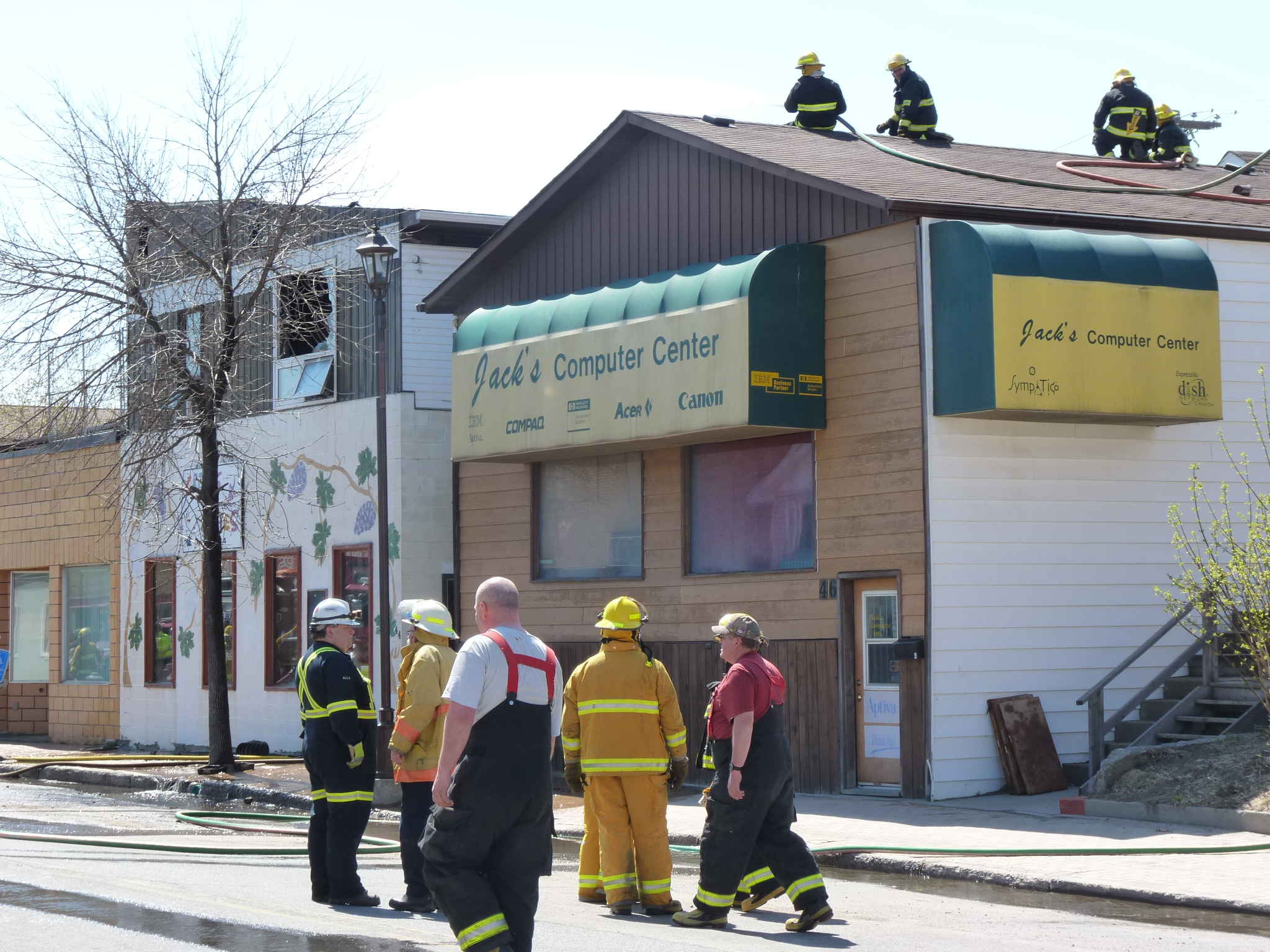