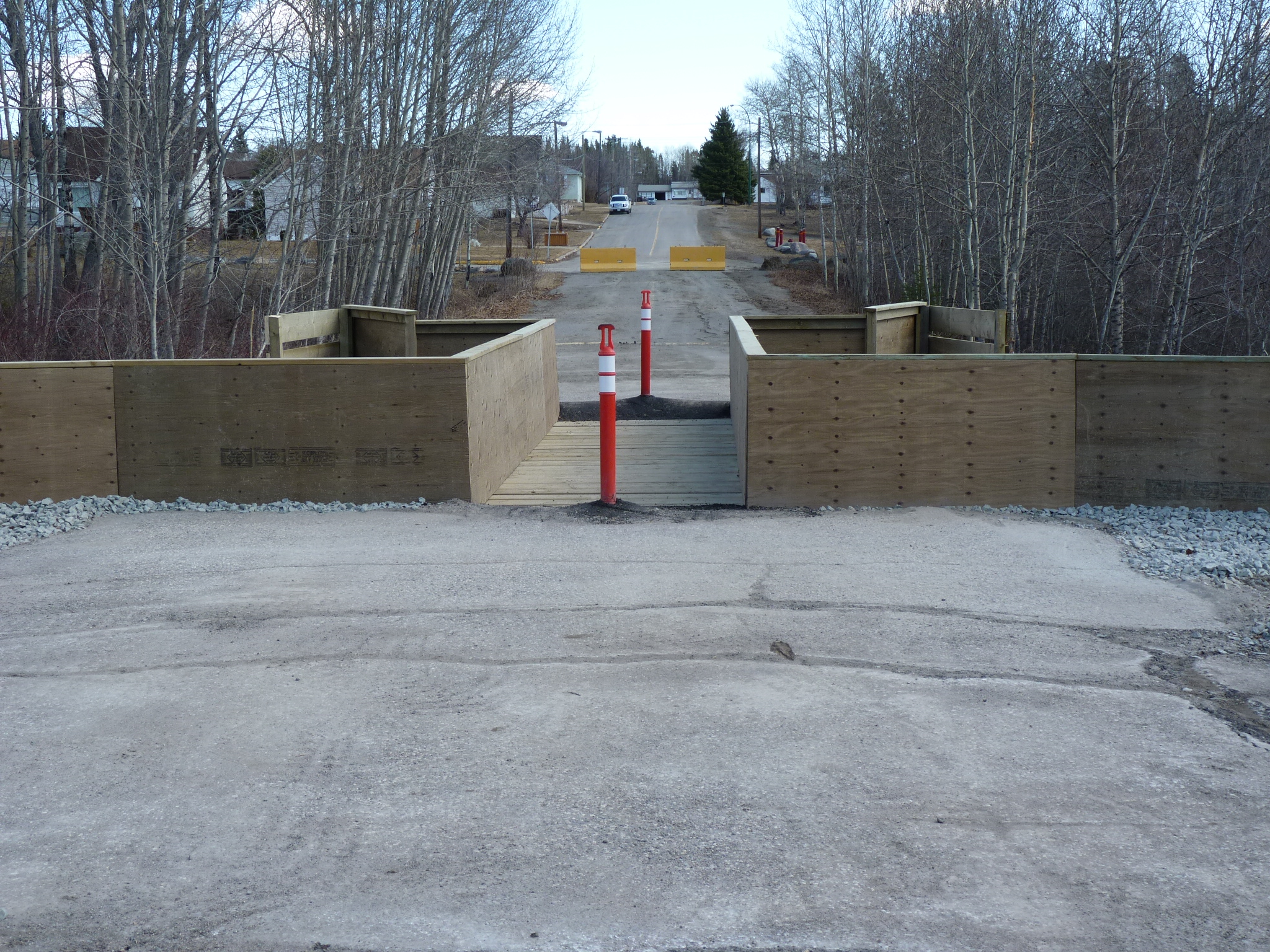 Quad driver Roger Armstrong told Flin Flon City Council at their meeting Tuesday night the walking bridge now in place on Pine Avenue has removed a route for quad riders to get out of the city.  Mayor Cal Huntley said the road bridge that had been there had to be replaced as it was not safe and the remaining part of the structure that is still being used is safe to walk across but not for vehicles like ATVs so they put in a walking bridge for now but it will be looked at in the future noting they can’t afford a new traffic bridge at this time.  Mayor Huntley added there have been a lot of complaints raised about the abuse of ATV rules in the community and these will be reviewed with the RCMP

In other business Council received the Fire Chiefs report for April indicating five calls during the month and Council approved an application to the Manitoba Roads Improvement Program for 225 thousand dollars for paving in the community.