The International Association of Machinists Local 1848 set up a picket line at noon Saturday as they began strike action against Hudbay.  The first went on Church Street at the staff house and throughout the weekend picket lines were added at the Triple Seven turnoff and near Snow Lake at the Lalor Mine turnoff, the mill concentrator turnoff and on the highway at Reed Mine. Some of those going into work today are reporting delays of up to two hours getting into the work site.

The Union gave Hudbay strike notice Wednesday noting none of their outstanding language issues were addressed and the wage enhancements still leave them far behind the wages paid to apprentices and certified trades at sites in The Pas and Thompson. Union President Rene Beauchamp states since 1971 there hasn’t been a labor dispute in this town.  He says they’ve been bullied long enough, they’re going to stand up to the corporate bully and they are not going to back down.

Hudbay Vice-President of the Manitoba Business Unit Rob Winton said last week the Company will continue to operate with their contingency plan in place focused on the health and safety of all the employees.  A Hudbay release says they sought a mutually negotiated agreement over several months and they do not believe the strike action is necissary.  It adds Hudbay remains committed to the bargaining process and hopes the union leadership will engage in good faith negotiations.    The Union says they are willing to resume bargaining at any time provided the employer has something better to offer. 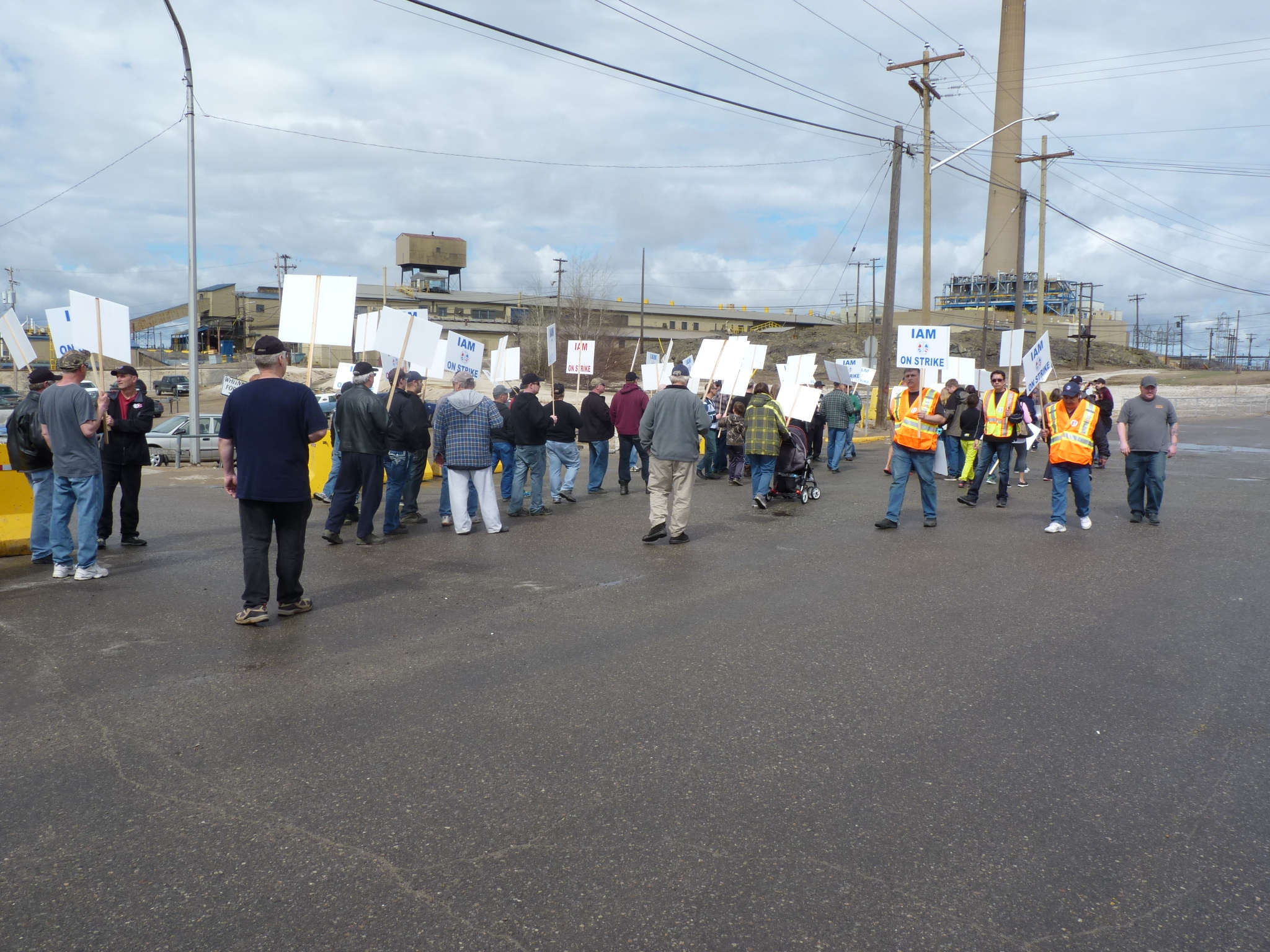