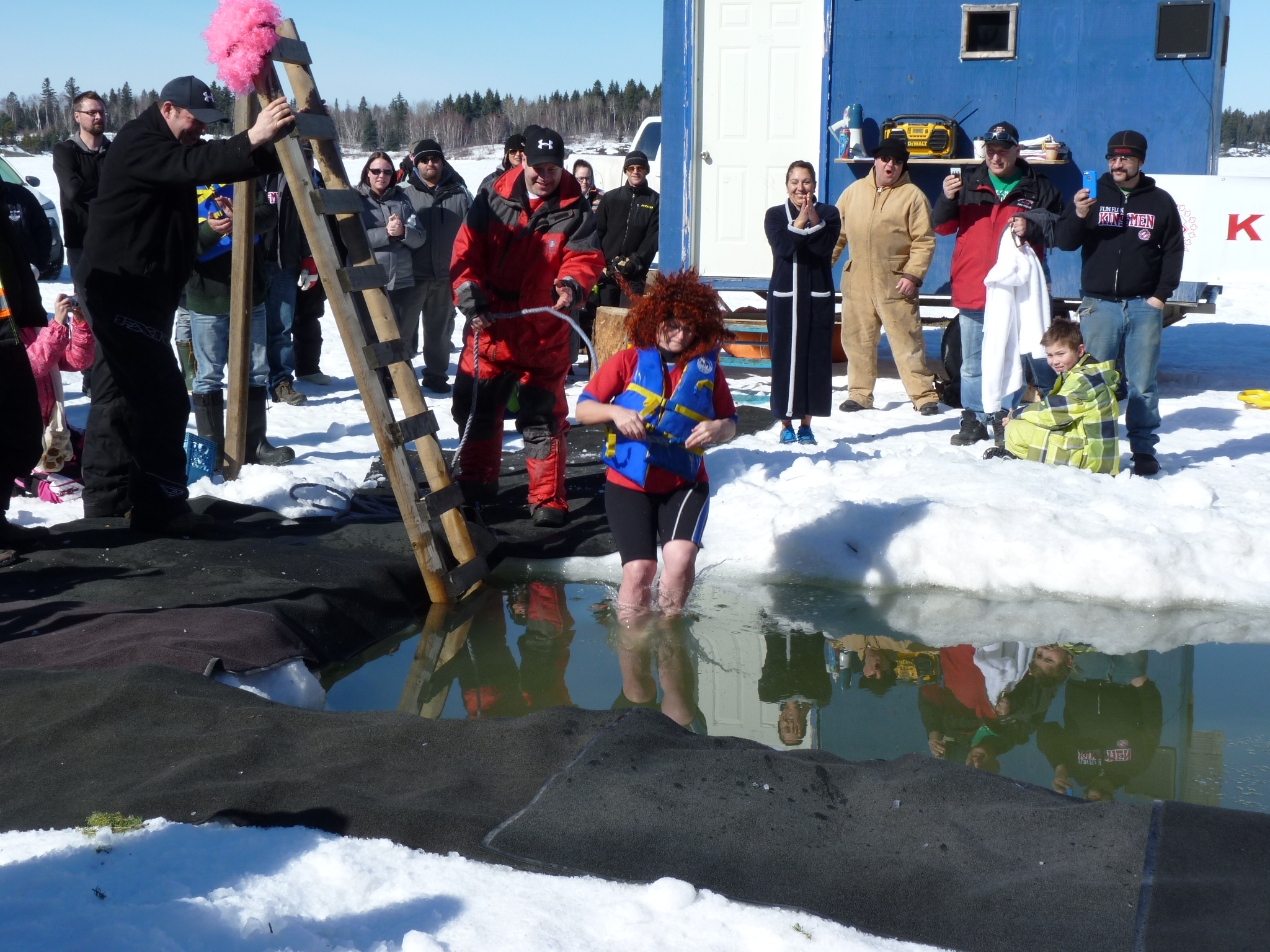 Eight people braved the cold water and took part in the first ever Polar Bear Dare to support the Flin Flon Trout Festival.  People were asked to collect at least 50 dollars pledges and jump through a hole in the ice at Beaver Lake Saturday afternoon. Vice-President Melissa Richard says it went really well.  She says they had eight jumpers, $4855.65 was collected, Trevor Thurston of the Kinsmen Club got the highest collected and they want to thank the Kinsmen for their warm up shack, help to organize and the Kinettes for their jumper Marlene Gogal and their donations all resulting in a great success.

Richard added they had a lot of support from other groups and businesses.  She says other jumpers included the festival’s Annette Last along with Michelle Salamondra, Christine Lussier, Ivy Blackmon, Gordon Neitzke and Scott McCallum. 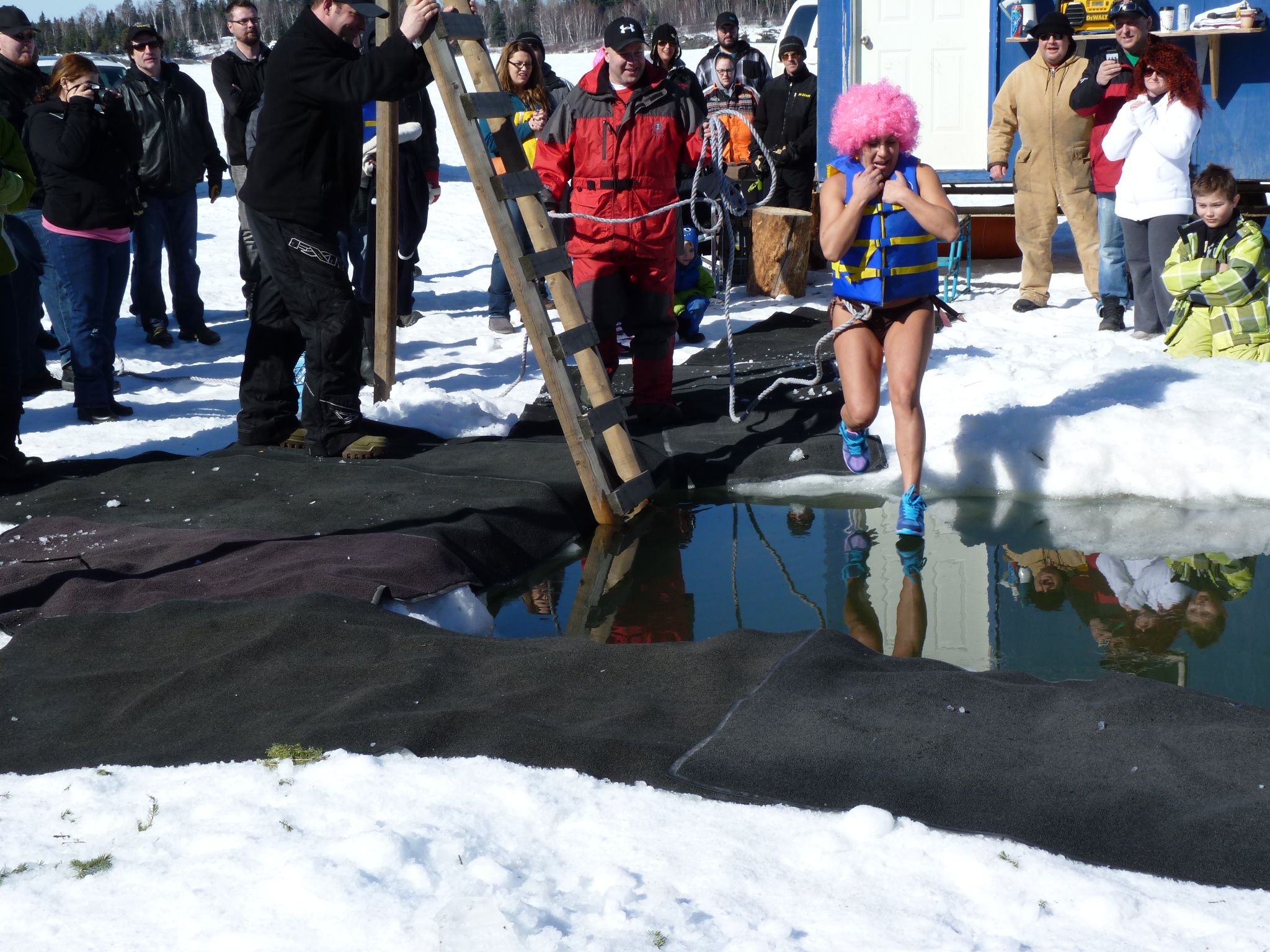