Although no fish were caught the first place propane ice auger and trophy was won by Lisa Lies, the second place trappers sleigh went to Terry Smith, third place portable generator to Fred Williams and the draw for the Irvin Head fish carving was won by Adele Bishop.

There were numerous other prizes and giveaways out on the ice as well as free hot chocolate and hot dogs for the participants. 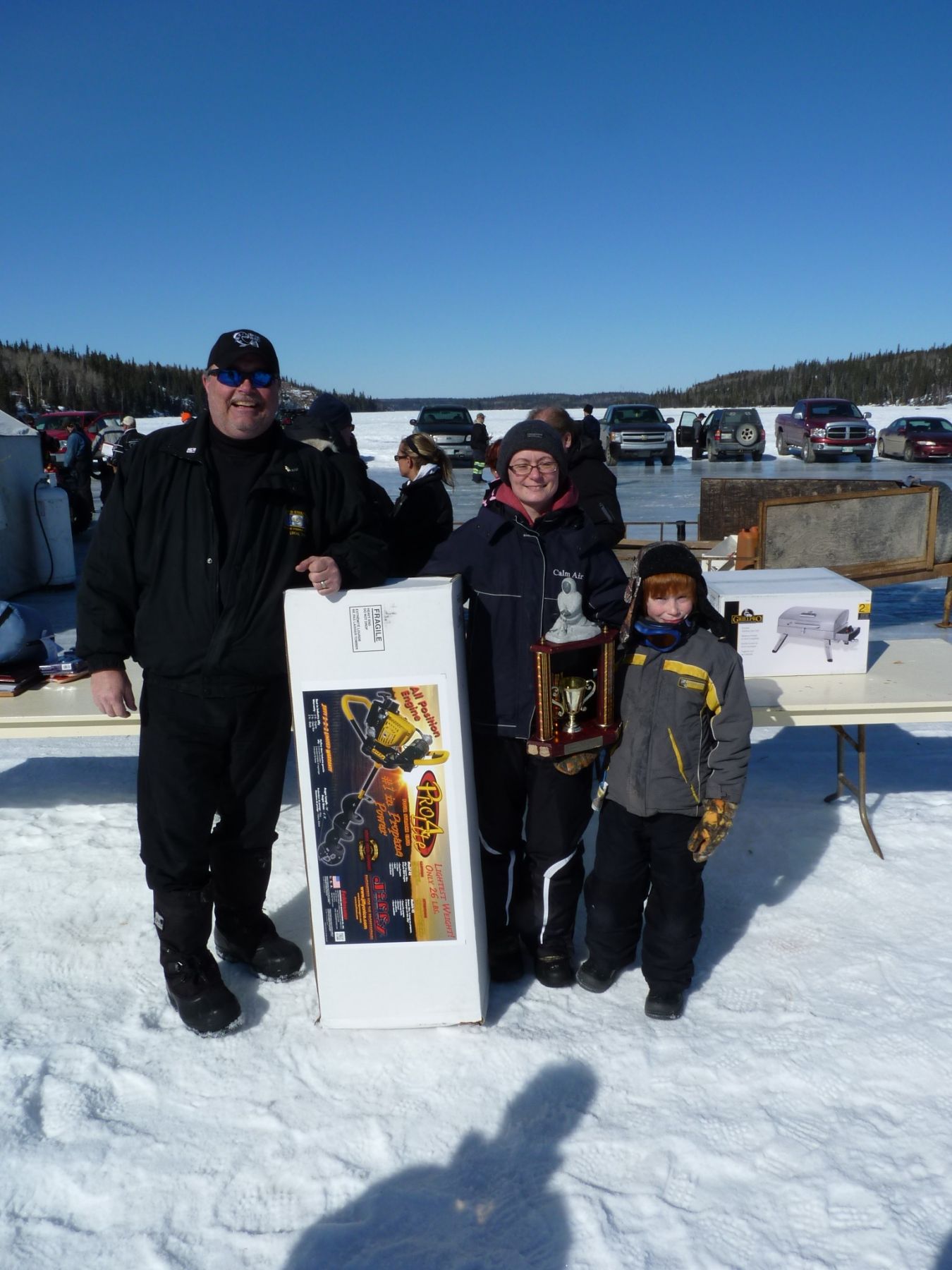