Kids Have Concerns About COVID-19
More Information is Needed on COVID-19 Cases
COVID-19 Numbers are Again Up in Manitoba
Computers are Available to Those in Need
Send In Your Birthday Greetings!!
Listen LIVE here - or ask to Play CFAR on your smart device! We are also on the free Simple Radio App!
Rafuse Moving On To The Next Level
Perchaluk Full Time Coach Of The Blizzard
Weekly Auction: Black 15 inch rims courtesy of Canadian Tire - $112.00 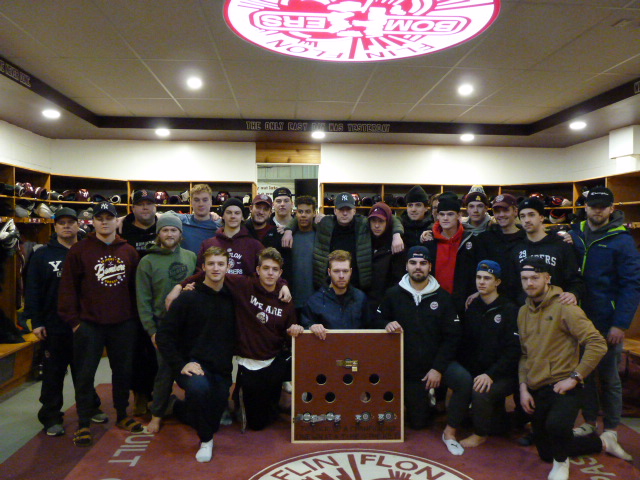 With the SJHL season coming to a crushing halt with the COVID- 19 out break, the Flin Flon Bombers did get one more chance to gather at the Whitney Forum today.

For the first time ever, the Bombers had to hand out their year end awards with no fans, sponsors, billets, board members and family members in attendance.

The health administration is advising no gatherings of more than 50 people, so the hardware was handed out at the dressing room.

Cole Rafuse was a big winner as he took home four awards including the George Leel Trophy for most points along with Alec Malo with 88.

He also won the CFAR Most Valuable Player, Pat Spiller Memorial Trophy as the top goal scorer and finished first in the RBC- 3 Star Awards.