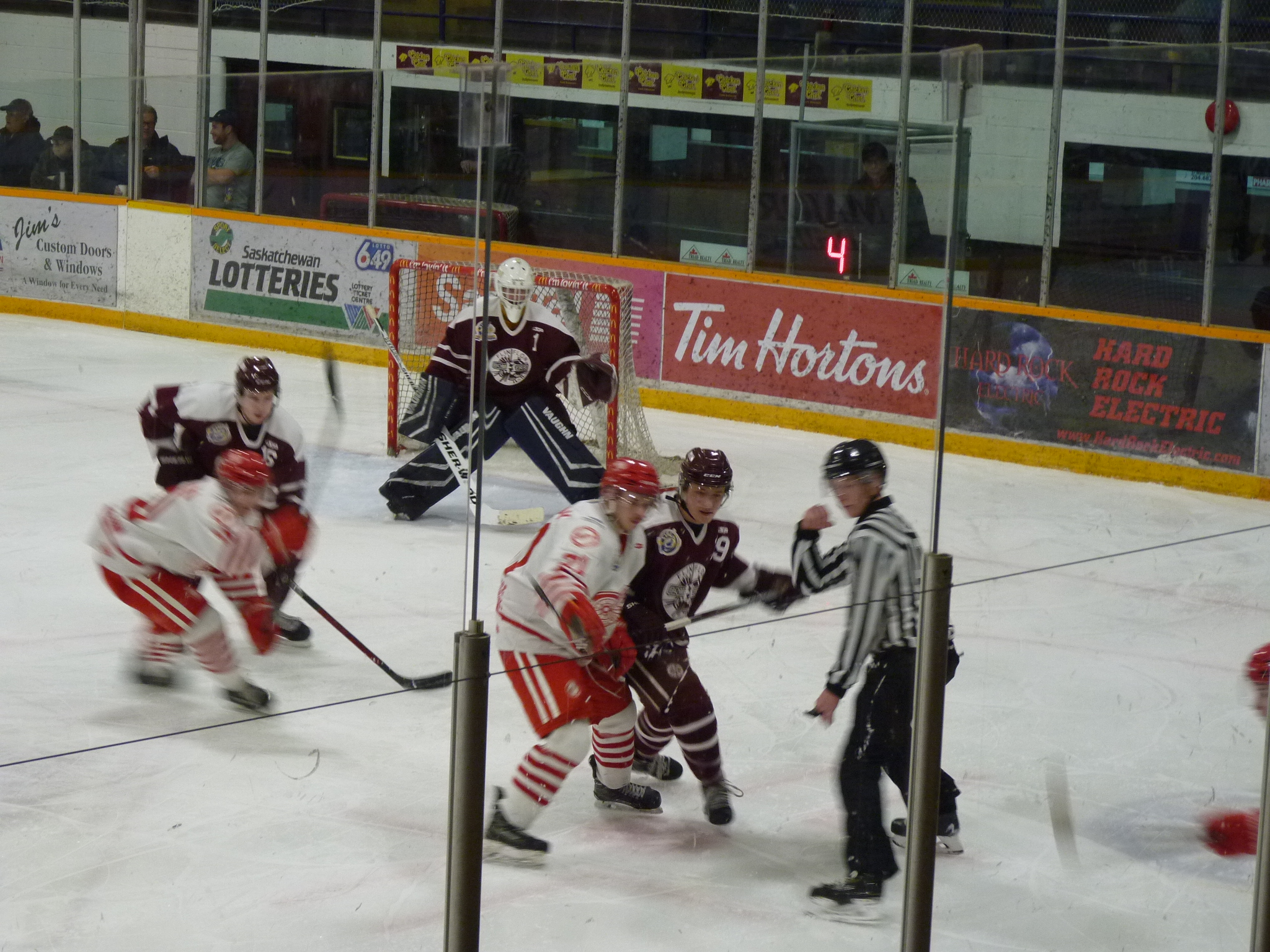 It didn't take the Flin Flon Bombers long to forget about their set back against the Battleford Stars on Saturday.

Even with some regulars out of the line up, the Maroon and White express rolled over the Weyburn Red Wings 8 to 0.

Soon to be SJHL Rookie Of The Year, Tristan Lemyre led the way with a hat-trick picking up his 27th, 28th and 29th goals of the season.

Hayden Clayton scored a pair,  to give him 4 as a Bomber with the other goals coming from Hirst (10), Robertson (9) and Vardy who potted his second.

Cal Schell continue's  to play well when called upon and picked up his fifth straight win stopping all 25 shots for his first career SJHL shut out.

Schell told me after last night's game that he is really enjoying his time as a Bomber. "It has been good, it has been a fresh start here and I have taken advantage of a good situation and I was happy the boys could help me out and score some goals and make it a little easier on me. This was a good game for me getting some confidence in moving forward."

The home stand will continue this weekend against Estevan on Friday in which could be a possible first round playoff opponent.

Estevan sits in 8th overall, just one point behind Humboldt with two games in hand. They are coming off a big 6 to 5 OT win in Laronge last night and beat the Bombers in their last game at Affinity Place 6 to 2 back on February the 8th.

The Bombers will have their hands full with a team that will be looking to make a statement in what could be a possible play off preview.

No broadcast on Friday, but we will be on the air with the Saturday game against Notre Dame with a special ceremony before the game with three young ladies being inducted into the Female Hockey Hall Of Fame.