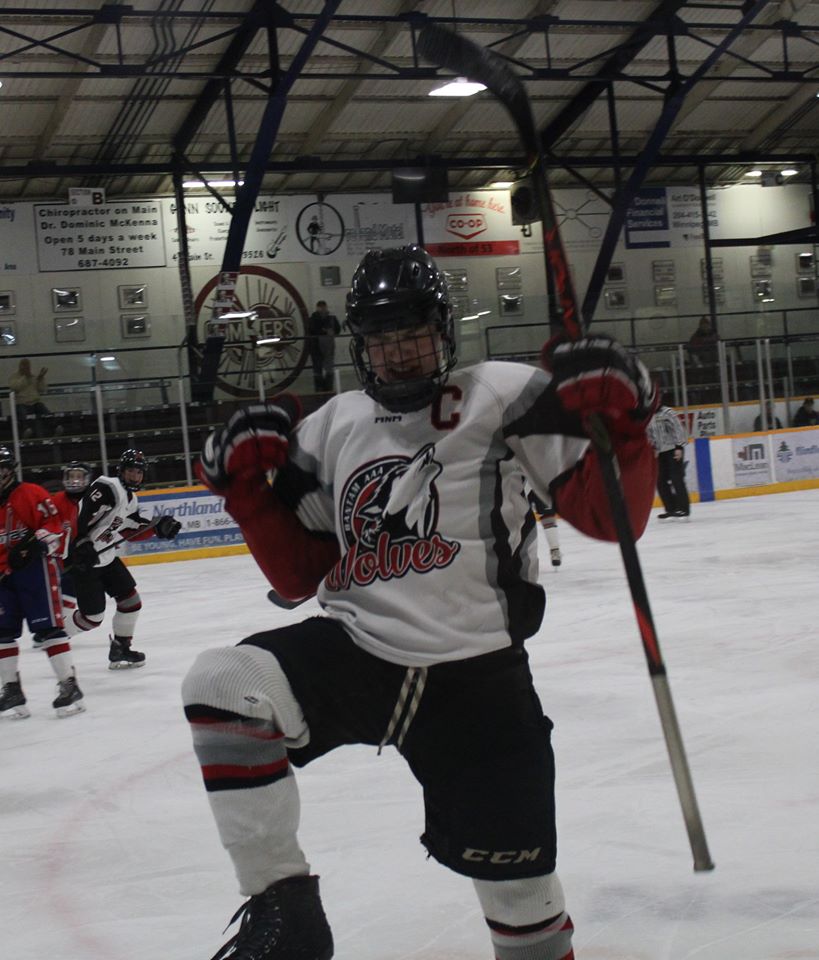 The Norman Bantam Triple A Wolves hosted the Central Plains Capitals this past weekend at the Whitney Forum and played their best hockey of the year.

Playing at the Forum sems to agree with the Wolves who took both games 6 to 4 and 6 to 3.

Yesterday,  the goal scorers were Evan Reid from Flin Flon, Logan Primrose from Thompson with two, Matt O'Toole and Hutton Foster from The Pas, and Ethan Potry from Thompson.

Logan Salamondra picked up the win in goal on Saturday with Paxton Moore getting the victory yesterday.

After the weekend,  the Wolves will improve to 3-31-1 on the season and will head to Swan River for Provincials  March the 13th to the 15th.