Saskatoon has the Highest Numbers of New Cases of COVID-19 in Saskatchewan
High Numbers Regarding COVID-19 in Manitoba Have Again Been Reported
Manitoba businesses are under strict code red restrictions and the government is offering financial aid programs to help them cope.
COVID Cases are Spreading in a Saskatchewan Jail.
Manitobas Top Doctor Has Again Raised Concerns About COVID Related Deaths.
SJHL Season Halted Due To Provincial Announcement
Chatting With The League President
Weekly Auction: TWIN MOTORS: Oil Change $90 Value
BIRTHDAY BOOK - Send a special occasions greeting!!
Listen LIVE here - or ask to Play CFAR on your smart device! We are also on the free Simple Radio App! 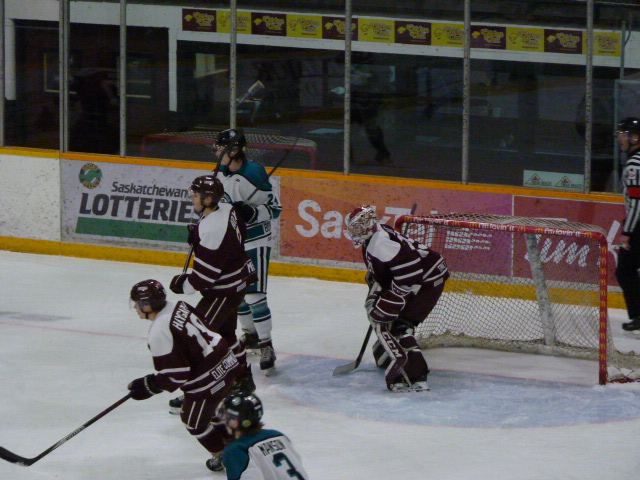 It was the perfect ending to a successful home stand for the Flin Flon Bombers who knocked off a very good Laronge Ice Wolf club 6 to 4 at the Whitney Forum on Saturday night.

Following victories over Weyburn and Estevan earlier in the week, I thought the Bombers came out of the gate a bit sluggish on Saturday.

Flin Flon did get it into gear, taking advantage of a lot of odd man chances to due to some undiciplined penalties from the Wolves.

The league's best power play did not disappoint going 4 for 9 and was the difference in the game.

Alec Malo had the hot hand, potting 4 goals and now has 19 on the year with 3 of the 4 goals scored with the extra attacker.

Other Bomber goals came from Tristan Lemyre (22) and Billy Klymchuk (12). Klymchuk is really picking up his game offensively with 8 points in his last 5 games.

Jacob Delorme did his job once again making 32 saves on 36 shots and picked up his 20th win of the season, which is the second most in the league.

Laronge got a pair of goals from Daylon Mannon, Chad Mcilwain and Holden Knights.

Xavier Cannon took the loss,  but played well stopping 44 out of 50 and was under seige all night.

This was a very important win for Flin Flon who improve to 30-10-5 on the season and now lead Laronge by 10 points for the division lead with 3 games in hand.

The Bombers also got some more breathing room on Yorkton for second over all. Flin Flon leads the Terriers by by 9 points and have two games in hand.

Next up will be 4 games in 5 nights starting against Yorkton tomorrow, Melville Wednesday and Notre Dame Friday and Estevan on Saturday.

Our next broadcast of Bomber hockey will be from Melfort on Wednesday February the 12th.