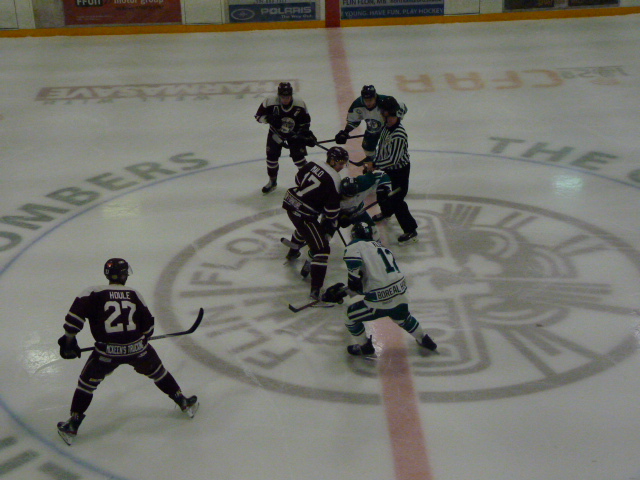 It wasn't the way the Flin Flon Bombers wanted to wrap up 2019 with a pair of losses to the up start Laronge Ice Wolves.

After being blasted 10 to 5 in Laronge on Friday, the Bombers had a chance to redeem them selves at the Whitney Forum on Saturday.

Flin Flon saw a 6 to 3 lead after two periods evaporate as they were back on their heels trying to protect the three goal lead and ended up losing 7 to 6 in OT.

The Bombers started well, scoring the first two goals when Reid Robertson batted a puck through the legs of Liam McGarva. Donavan Houle was back in the line up after serving a 4 game suspension and scored a beautiful short handed goal to put the B'S up 2 to 0.

Philpot answered for Laronge, but Flin Flon restored the two goal lead when Mercier potted his fourth of the year with less than two minute remaining in the first period.

Lots of offense in the second period with Daylon Mannon scoring his team leading 24th and 25th goals of the year for Laronge.  The Haygarth twins responded for the Bombers and Donavan Houle picked up his second of the contest.

Flin Flon would take a 6 to 3 lead into the third period and the wheels would start to slowly fall off.

Laronge came out and played a lot more aggressive and started to chip away at the lead scoring a goal mid-way through the final frame when Gudjonson re-directed a puck past Jordan Bersherminsky.

Bersherminsky, who plays Junior B, drove in from Regina to replace Jacob Delorme who got hurt the night before. He arrived in Flin Flon an hour before warm up and under the circumstances, did his job.

The Wolves kept coming and scored two goals in the last minute from Kevin Fillier and Aaron Greyeyes. Greyeyes goal came with just 8 seconds on the clock.

With the game now tied at 6 and into OT, the Wolves had all the momentum and you could see their bench jumping while the Bomber bench was in pure shock.

Aron Greyeyes wrapped up an incredible finish for him when he one timed a Jordan Mish pass, top of the circle to beat Bersherminsky top right corner for the huge come back victory.

I don't think it would of mattered who was in net as this was one of the best shots I witnessed in a while, and almost went through the net.

Over all I thought Bersherminsky played well and didn't have much chance on the 7 goals that beat him.

Flin Flon will pick up a point and their record going into the Christmas break is 23-8-5 and remain in first place in the Sherwood Division with 51 points, which is 5 up on Laronge who move into second.

The Wolves are red hot and are unbeaten in their last 8 games.

Both teams are on their Christmas break and will rekindle the rivalry in the new year with another home and home, January the 3rd and 4th.

we will broadcast Saturday's game from Laronge on the fourth.