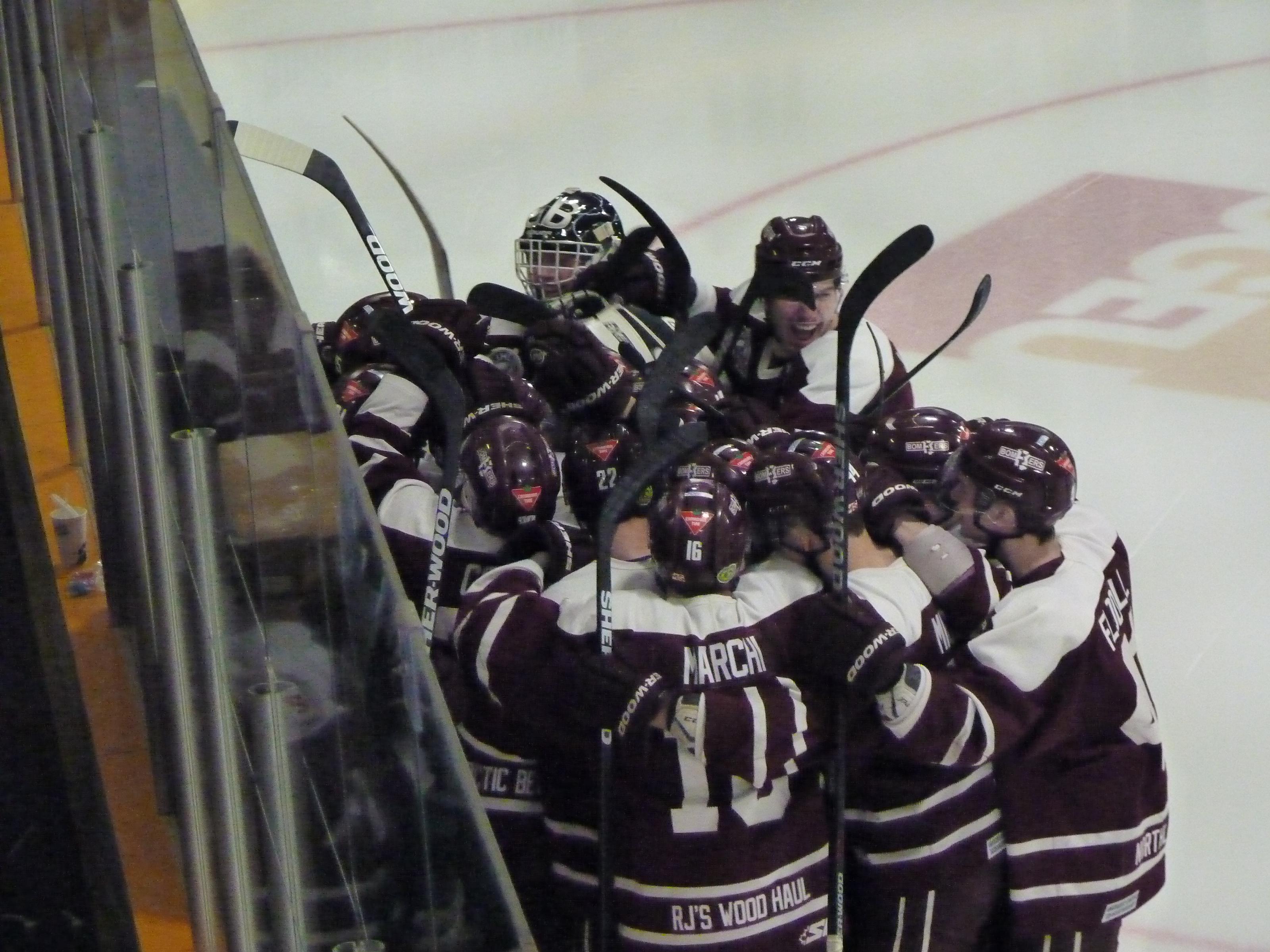 With their backs against the wall, the Flin Flon Bombers found a way to get it done and staved off elimination last night at the Whitney Forum in their best of 7 SJHL Quarter Final against the Battleford Stars.

Brandson Hein scored just 17 seconds into the extra period to send the over 700 plus at the Whitney  into a frenzy.

Flin Flon was ready at puck drop and dominated last night's contest out shooting the Stars 47-25 and looked in control the entire game.

Battleford did score the first goal when Garrett Johnson found the back of the net with a fluky shot from just inside the blue line that I don't think Gabriel Waked saw.

Despite being heavilly out played , the Stars did take a 1-0 lead into the third period. The Bombers would tie it when Caleb Moretz picked up a loose puck in the Battleford zone and went in alone on Grzybowski , beating him with a shot just under neath the cross bar.

This tied the game early in the third and was also Flin Flon's first goal in the third period in this series.

The Bombers kept coming and peppered Grzybowski with lots of good shots but the Hafford product stood tall and got it to OT.

This game shouldn't of even got to OT, but Grzybowski was that good and was no question the Star's best player again last night.

Battleford ended it early in OT the night before and I honestly thought that it might take a little longer last night, but Brandson Hein capitalized on a Stars turn over early in the extra period with a back hander that eluded Grzybowski.

Battleford remains in the driver's seat leading 3-1, but this could easiily be 3-1 the other way in Flin Flon's favour.

This was an important win just for confidence and the Bomber players believe that they can come back and win this series. Three of the four games have been decided in over time and some of the key players are starting to score.

Flin Flon will hit the road for game 5 of the series which will shift back to the Battleford Civic Centre tomorrow night and once again you will be able to catch all the action on 102.9 CFAR and flinflononline.com.