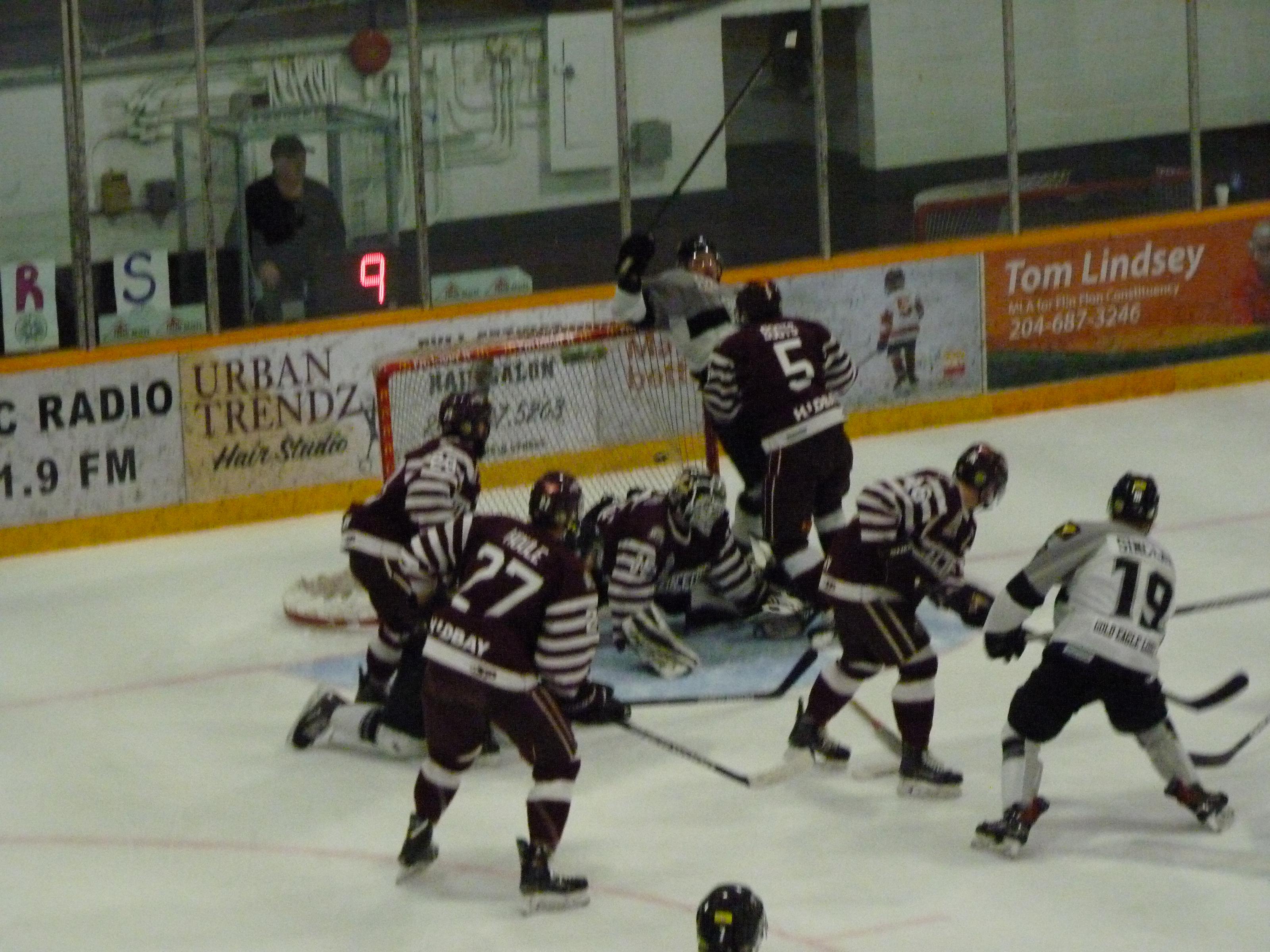 The Battleford Stars found the back of the net for the second straight game in OT as they knocked off the Flin Flon Bombers 3-2 and are just one win away from advancing to the SJHL Semi Final.

Braydon Buziak broke the hearts of the Bombers as he took a pass from Macgregor Sinclair and cut across the Bomber line and fired a bullet past Gabriel Waked just 43 seconds into the extra period.

This was a tough break for Waked who was steller once again,  making 41 saves and actually robbed Buziak on the PP late in the third period.

Flin Flon did some good things including getting the first goal of the game when Vincent Nardone picked up his second of the post season finishing up a nice feed from Cade Kowalski.

Nardone broke down the right side and beat Joel Grzybowski stick side with only 41 seconds remaining in the first period. This is the only time the Bombers have led in the first 3 games.

The Stars battled back with two goals in the second from Fletcher and Form who both picked up their first of the series.

With Battleford up 2-1, Crystopher Collin scored one of the nicest goals I have seen in a long time when he broke in alone on Grzybowski and beat him five hole with just one hand on his stick.

A highlight reel goal in any building in the country to make it 2-2 after 2.

For the second straight game neither team would muster a goal in the third period and OT would be needed with Buziak ending it 43 seconds in.

Joel Grzybowski is the series MVP so far stopping 30 out of 32 Bomber shots including an absolute beauty on Flin Flon's 5 minute advantage late in the second period.

Cade Kowalski broke in alone and made a nifty move with Grzybowski sliding post to post kicking out his right pad to stimie the talented Bomber forward.

It is now do or die with Flin Flon needing a win tonight to extend their season. The frustrating thing is this series could easilly be 3-0 the other way with the last two being decided in OT.

It was a great crowd and atmosphere last night and let's hope lots of people come back tonight and get behind the Maroon and White to push the series back to Battleford for game 5 on Friday.

Don't forget to catch tonight's game once again on your Bomber connection 102.9 CFAR and flinflononline.com starting with the Great North GM Coach's Show at 7:10.