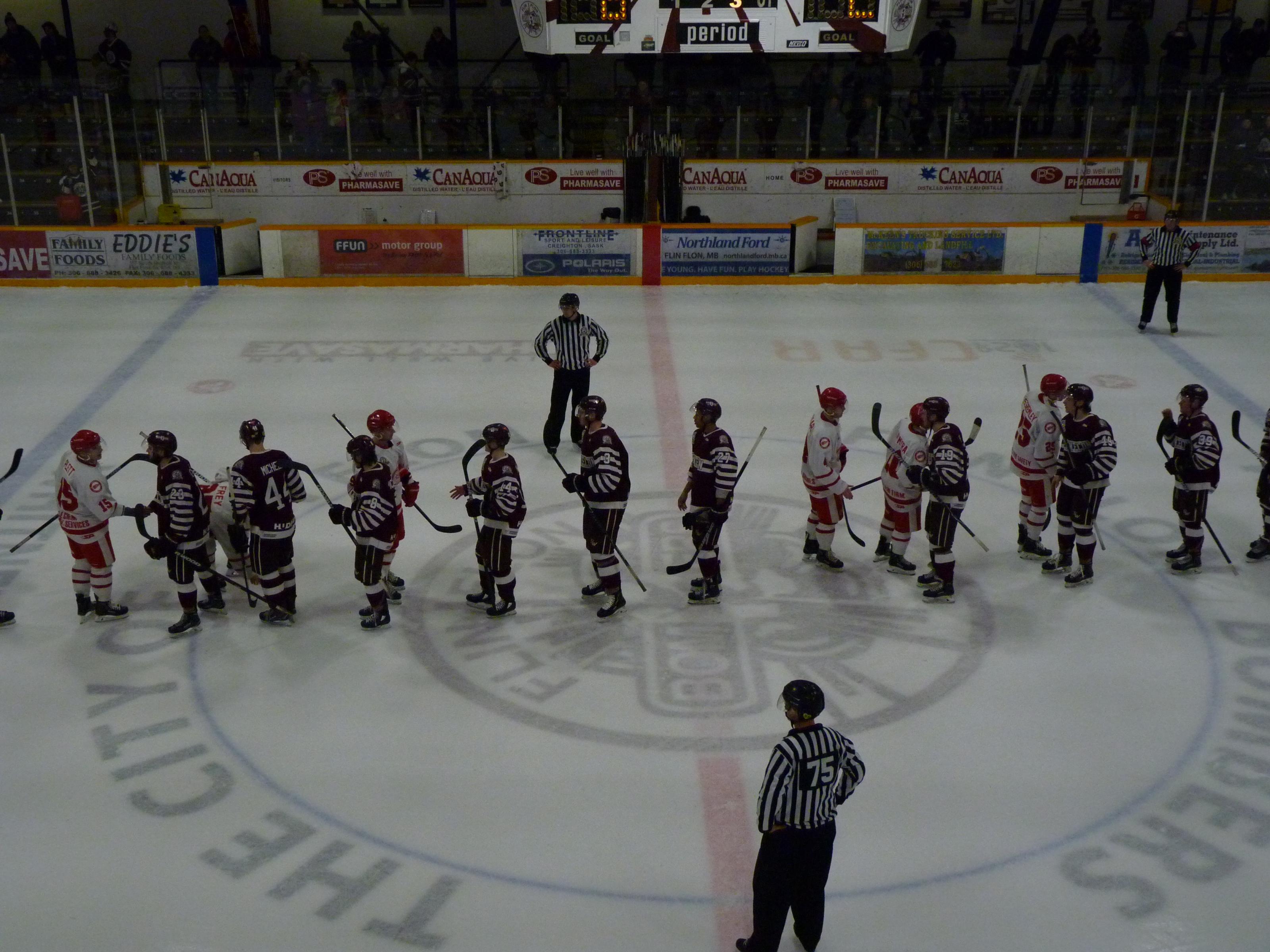 The Flin Flon Bombers are heading to the SJHL Quarer Final Series after two convincing wins over the Weyburn Red Wings in the SJHL Wild Card Series this past weekend.

Brandson Hein electrified the crowd when he scored on a short handed break away to open the scoring mid way through the first period. Hein led the league with 5 short handed goals in the regular season.

Nate Hooper made it 2-0  Bombers after one.

Give the Wings credit, as they did not quit and came out and tied the game at 2 after two on goals from former Bomber Dawson McKenzie and Connor Pyne.

Flin Flon would have a strong third period and got the eventual game winner when Donavan Houle would intercept a pass and go in alone on Cody Levesque to make it 3-2 just a couple minutes into the final frame.

The Bombers would score four unanswered with Franklin, Hein and Higgins all finding the back of the net to close out the game 6-2 in the Bombers favour.

I want to personally congratulate Weyburn goalie, Cody Levesque who gave an outstanding performance last night and did everything he could to keep his team in the game.

Flin Flon fired 60 shots at him and one of their 6 goals was scored into the empty net. He rebounded after a tough start in Weyburn on Friday night and has a very bright future in this league, only being 18 years old.

Mike Reagan was on the CFAR Post Game Show last night and was very happy with how his team played on the weekend. "I told the guys in between the second and third it is a 2-2 hockey game , and I said guys this is good for us. Adversity is good and for us to have to go into the third period in a tied hockey game and find a way to win. This is huge for building playoff confidence and we are going to be in that situation in the next series and I liked how we played and found a way to get it done."

This will be the third meeting in the post season in the last four years, with Flin Flon knocking off Battleford in the semi's back in 2016, and the Stars swept the Bombers in the league final in 2017.

Battleford finished 8 points up on the Bombers in the regular season, but Flin Flon did take the season series 3-1 including that big come from behind OT win on January the 26th at the Whitney Forum.

I am looking forward to this one and I think both teams match up very well and this might go the distance and be decided in the 7th game.

Battleford went unbeaten in their last 10 and were the hottest club down the stretch. Flin Flon looks like they are back on track after a tough February and are starting to find their game again.

Injured forwards Crystopher Collin and Ethan Daniels are expected back in the lineup and Calvon Boots has also served both games of his suspension so he will be back in uniform for this series.

Don't forget to catch all the Bomber playoff action on 102.9 CFAR and flinflononline.com starting at 8:10 this Friday and Saturday.