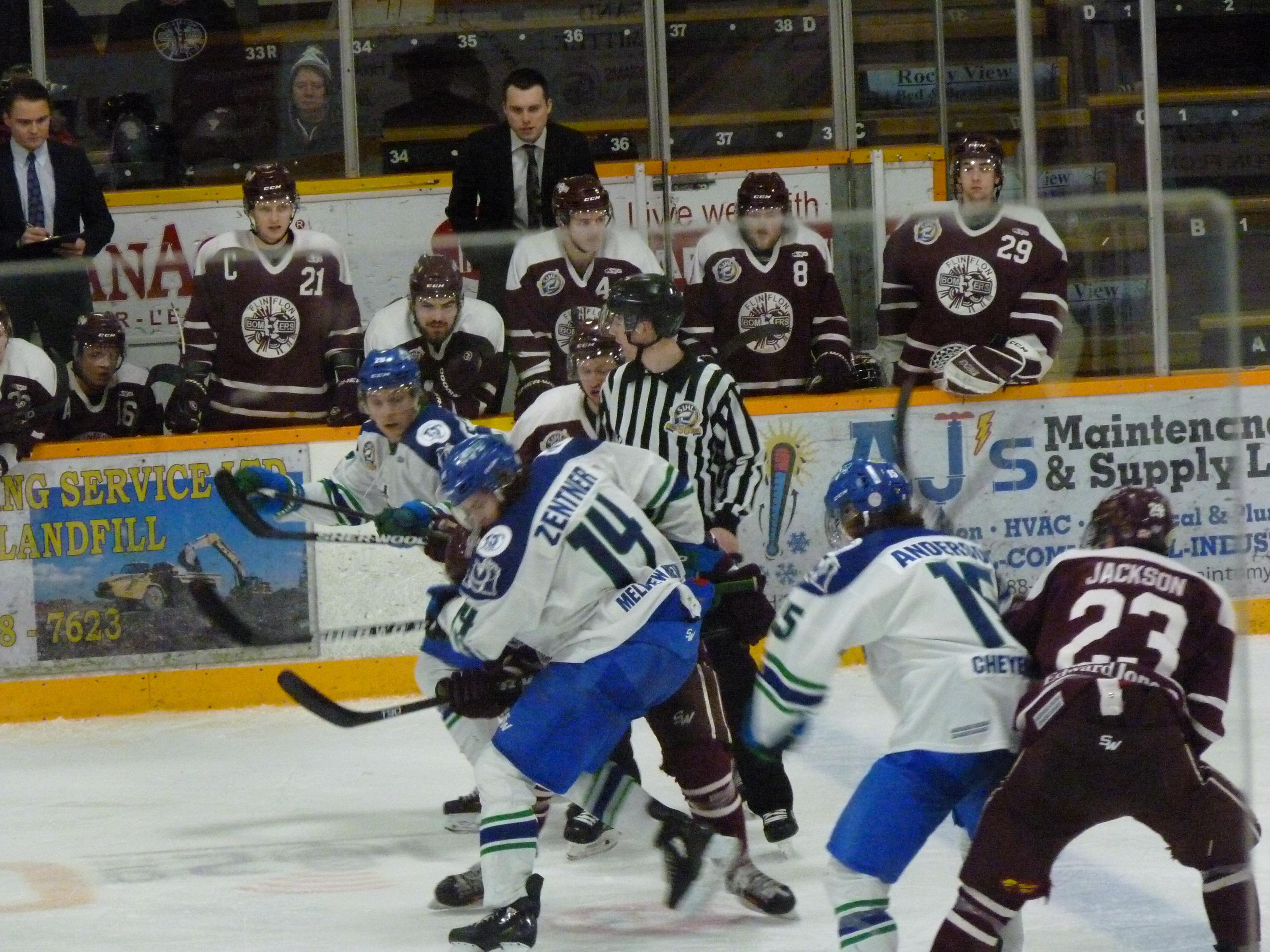 The Flin Flon Bombers put on a show for their fans in the final regular season game of the year last night at the Whitney Forum.

The Bombers made their presence felt right off the start with a big hit from Donavan Houle and never looked back in a 3-1 win over the Melfort Mustangs.

Hooper had two goals, 26 and 27 and one assist while Hein scored his 43rd and added two helpers.

Gabriel Waked picked up his 8th win in a Bomber uniform stopping 19 out of 20 Melfort shots. The defense played great in front of him and he didn't have to make a lot of second and third saves.

This may have been the most intense game of the season I had witnessed and the Bomber faithful were on the edge of their seats all night with big hits all over the place.

These two teams really went at each other and I really hope they meet in the playoffs as there is a real dislike for each other which makes for good intense hockey.

Calvot Boots played for the first time in 6 weeks and made an immediate impact. His team mates fed off his intensity and he was a thorn in the Mustangs side all night long.

He looked like he never missed a beat and is definately ready for the post season starting on Friday.

Bomber captain Nate Hooper says they are ready for the playoffs, " This is the last game of the year and you want to go into the playoffs with a win. We have been playing well with our win over Nipawin last week and we are really looking forward to playoffs. We are excited to get things started and tonight's win helped that."

Flin Flon now knows who they will play as they make their way to Weyburn for game one of the Wild Card Series on Friday night. Even though the Wings dropped a 4-1 decision to Yorkton last night, Melville lost in Nipawin 2-1 and both teams finish with 42 points.

Weyburn gets the nod as they had more wins with 18 compared to Melville's 16.

Game 2 and if needed game 3 looks like they will be played in Flin Flon, Sunday and Monday.

The Bombers wrap up the regular season with a record of 34-20-1-3 and end up 7th overall. More importantly Flin Flon is on a roll picking up 7 out of 8 points in their last 4 games heading into the playoffs.

The Bombers also take the season series with the Mustangs winning 4 out of the 6 head to head games.

Don't forget to join us for all the Flin Flon playoff games, home and away on 102.9 CFAR and flinflononline.com starting Friday in Weyburn.