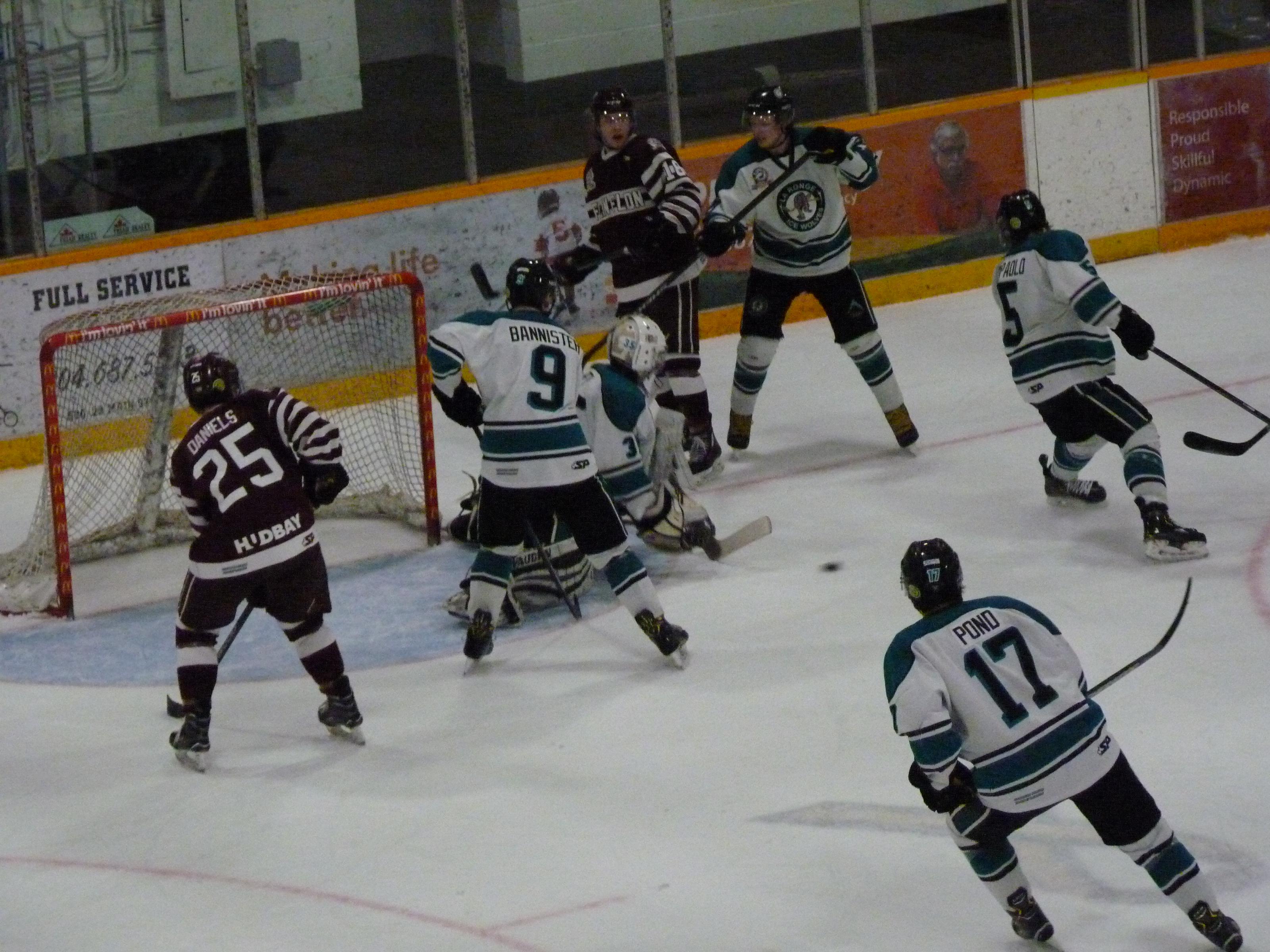 The Flin Flon Bombers and Laronge Ice Wolves collided for the 9th and 10th times this season in a home and home this past weekend.

The Bombers picked up the 3-1 on Friday and Jordan Frey stimied Flin Flon in a 4-3 shoot out win on Saturday.

Friday night I was impressed with the flow of the game and both teams skated well and entertained the 800 plus in attendance.

Donavan Houle led the way with a pair of goals his 17th and 18th of the year with Daylan Marchi picking up his 21st.

Grant Longtin broke Gabriel Waked's shut out early in the third for the lone Ice Wolf goal of the game.

Waked ended up making 28 saves on 29 shots while Jordan Frey made a whopping 55 saves on 58 shots.

The two teams headed to Laronge for the rematch Saturday and Jordan Frey once again was the story for Laronge.

Frey stopped 45 out of 48 Bomber shots including all 3 Flin Flon shooters in the shoot out to wrap up a dismal season on a bright note.

Alec Cokley and Vaughan Bamford both scored their first goals of the season for the Bombers with the other goal coming from Nate Hooper on the power play.

Ice Wolves leading scorer Zach Bannister had a good night with a goal and 2 assists and he also scored the shoot out winner.

This will wrap up the regular season for Laronge who finish the year at 12-44-1-1 and will miss the post season for the 7th time in 8 years.

The Wolves went 2-2 under interim coach Gaelan Patterson who gave the organization something to think about as they look for a new coach and gm for next year.

Flin Flon sits at 33-20-1-3 and can finish no higher than 7th. The Bombers have one game remaining against Melfort tomorrow night at the Whitney Forum.

This is a nothing game for Flin Flon but is huge for the Mustangs who need a win to clinch first place over all.

The Mustangs trail the Nipawin Hawks by 1 point and the Hawks will host Melville tomorrow. Melville will need to win and hope that Yorkton beats Weyburn to grab the 10th seed.

Either way the Bombers will hit the road and play either the Wings or Mills on Friday.

Game 2 is in Flin Flon Sunday and game 3 ( if necessary) would go on Monday.

We will not broadcast the final regular season game with Melfort on Tuesday but will have every single playoff game on 102.9 CFAR and flinflononline.com starting Friday.